A Marriage Made in Vietnam 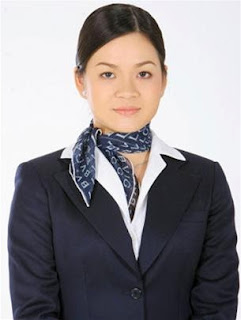 Last November, a Viet kieu in hi tech business finally settled down and married his long time girlfriend. It was a private wedding attended by 200 people at the Hotel Caravelle in Ho chi Minh City.
What made the wedding note worthy is the fact that the Viet kieu is Harvard graduate, Henry Nguyen. A medical doctor by training from Northwestern with a MBA from Kellogg School of Management, Henry is the head of IDG Ventures Vietnam for the last 4 years. The bride, Nguyen thanh Phuong, is the daughter of the Prime Minister Nguyen tan Dung. She is the executive director of Vietnam Capital Fund Management 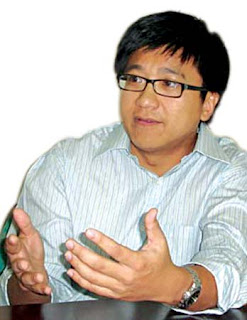 IDG Ventures Vietnam is part of the IDG Ventures which manages five local global funds of $700 million. IDG Ventures is part of Pat McGovern's empire in Boston. Pat McGovern is a billionaire businessman and a close friend of Senator John Kerry and in many ways along with Tom Vallely (Harvard) paved the way for Kerry's political career early on. Senators John Kerry and John McCain are well known for the work in spearheading the normalization of Vietnam in the mid 90s. Pat McGovern went to Vietnam as a member of the first American delegation to Vietnam along with a Vietnamese-American businessman from Boston. He was impressed with the people and opportunity and decided to invest up to $100 million of his own money. Years earlier, he bet on China's economic miracle and made a handsome return.

IDG Ventures Vietnam invests in companies with hi-tech focus. Two companies in the Bay Area received funding from IDG. VinaGame is a company started by Bryan Pelz of Santa Cruz along with other Vietnamese in Vietnam. The company is the largest online game provider in Vietnam. It employs 850 people (part time and full time) in Vietnam. The other is GES, Inc., a semiconductor instrument service company founded by Don Tran of Monterey.

Read the bio and you can see that his guy is a joke. His degees came from the same place where his father-in-law got his - FRAUD. I challenge anyone can prove that this "Viet Kieu" is for real??? Just another scam likes many scams in Vietnam.

guy is a sleazeball. many mistress. spread herpes all around vietnam

Behind closed doors, actually very abusive egoist. Many time have seen him torment others for personal kicks.

- There is no doubt he has some academic background. It's not to say that these background checks have anything to do with his characters or belief systems.

all of you who say that Hoang is not a good person is lying. I have known him personally for over 20 years, and he is solid gold. never let his success get to his head or change his demeanor at all. he is deeply in love with phuong and is not a player and certainly doesn't have herpes.
i'm shocked by these boldfaced lies told by people who clearly have never met him.

HENRY NGUYEN is a COMMUNIST wearing a VIET KIEU mask...he is the PM's 'exit' plan once his term is over/ where there is smoke there is FIRE!

he is a poo poo butt