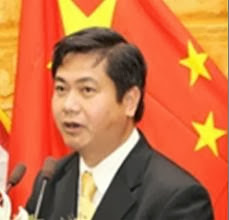 An upcoming election this November that are being watched closely by the Vietnamese-American communities is the Houston city council race in District F.   The district is currently represented by Councilmember Hung Hoang or Al Hoang (English).

Just as a background about  Houston.  It is the largest city in Texas with  2.2 million people and is divided into 11 districts.  Each district is represented by a city council.   The city also has 5 at-large council members and a mayor.    District F includes the Alief community where a large population of Vietnamese-Americans resides.

Al Hoang was elected in 2009 and has a three-term limit of 2 years each.  The Vietnamese-American voters voted for him based on his strong anti-communist rhetoric.

After taking office, he immediately wrapped himself in controversy with his open overture to the communist government in Vietnam.  He went to Vietnam on "special economic development visits" and met with high officials including the president of Vietnam.    His close relationship with various officials at the Vietnam Consulate in Houston is viewed with disdain by the anti-communist groups in Houston.    He is also in a legal fight with various factions of the community about his handling of the community's fund designated for Vietnamese-American community center. 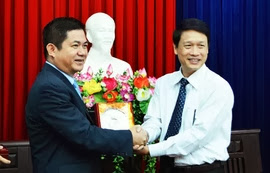 To his supporters,  Al Hoang visiting Vietnam or dealing with Vietnamese officials are part of his duty on a special economic development committee for Houston.  These activies have nothing to do with his view against the communist government in Vietnam. 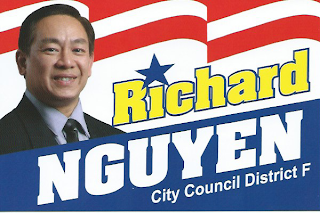 Nevertheless, the extreme anti-communist folks in Houston decided that they have enough of Al Hoang and recruited a political novice, Richard Nguyen, to run against Hoang.   Al Hoang was running unopposed until a couple month ago.

So what are Richard Nguyen chances?  The Viet voters high turn out alone would be closed to 5,000 people.

Richard Nguyen is a controversial person himself and the people supporting him are not well like by the community.   He once campaigned for another city council candidate, Nguyen thai Hoc, who actually lost the race to Al Hoang in 2009.

Whether they will vote for Richard Nguyen as a protest vote against Al Hoang, we will have to wait and see.

I don't know who to vote for. This Blog tells nothing about Nguyen.

Politicians should let this example be a valuable lesson:

LISTEN to your constituents! Do what they want. You were elected to represent them.

Al Hoang is an intelligent attorney. However, he has used his skill and legal knowledge for his own benefits after his two previous elections to the City Council, instead of focusing on his constituency's needs. He went against the aspiration of most of his friendly supporters (except for those close to him and sharing the benefits with him).
First, his has shown a lack of transparency(honesty)with his precipitating deal in the purchase of an old , unsecured, and costly building for the Vietnamese Community Association Headquarter.
He has been sued by several members in the Association. His trying to delay the Court judgement has revealed that he has not been comfortable with this case.
Secondly, he has tried to sollicitate favors from the communist Vietnamese government(and also communist Chinese) with his illicit effort
to cause division among the anti-communist Vietnmese Community in Houston, where he is supposed to belong.

The fact that he, an influential incumbent with a lot of resources, was defeated by an opponent who has extremely limited resources, has shown that betraying the supporters, always end up with inevitable defeats. Besides that, he appears to be a handsome,intellectual, convincing man (if you do not know him long enough).
Conclusion: One lesson to learn :
" One can betray another person several times, or can betray several persons (or community) one time, but one cannot betray several persons (or communities) several times".

Richard Nguyen won not because he was a better candidate, but because Al Hoang is a worse candidate. He knows nothing about politics or running city government. In fact, he violated many Texas Ethics Commission rules and was reprimanded and fined. 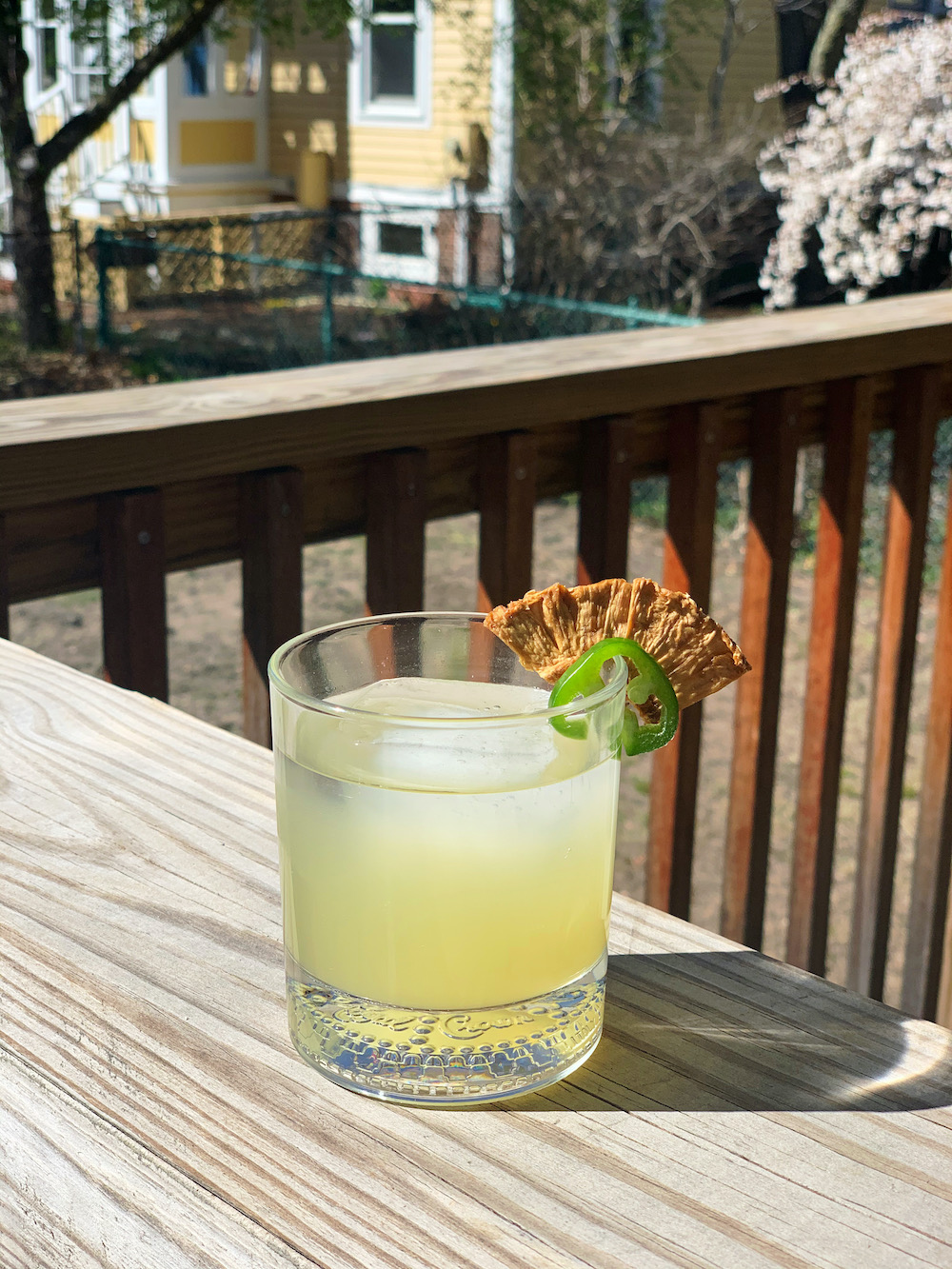