Tet Celebration from The Vietnamese Consulate in San Francisco 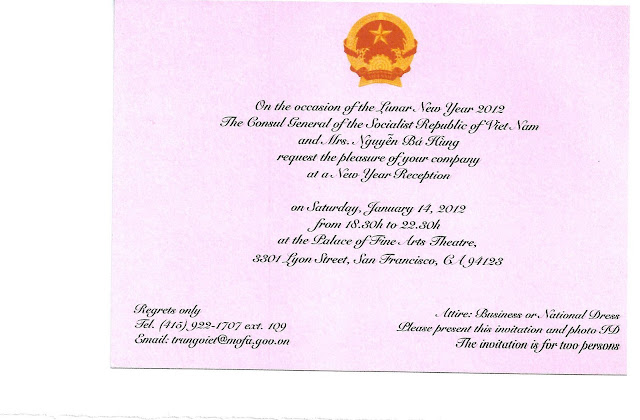 For the last 12 years,  the Vietnamese Consulate in SF has been organizing  eleborate Tet celebration receptions for their guests and staff.   It is usually a well-attended event with live music, open bar and traditional Vietnamese New Year's food.

For the first few years, there were a number of anti-communist demonstrations but nowaday, nobody seems to mind any more.  People of all ages come and have a  great time to bring in the Lunar New Year at the expense of the consulate.  It has become part of the cultural norm of Little Saigon in the Bay Area
at January 14, 2012 No comments: Links to this post

Women are now the majority of immigrants, not just in the United States, but worldwide. Learn more about how immigrant women are integrating into the diverse communities where they live throughout the U.S., how the current immigration laws enacted by various states affect women, and why immigration is a feminist issue.

Who: 10 Fellowships Available, five journalists from the ethnic media sector in the U.S. and five from mainstream media outlets in the U.S. Open to bloggers and online journalists.

New America Media is offering a fellowship program covering immigrant women’s issues for journalists within the United States, with funding support from The Atlantic Philanthropies.

This fellowship will be made up of two parts: 1) participation in a two-day training program to be held in Washington, D.C. on Thursday and Friday, April 19-20, 2012; and 2) the publication of an in-depth, substantive story (or series) focusing on the challenges and/or triumphs of immigrant women in the United States, before August 30, 2012.

Two-Day Training: The two days in Washington, D.C. will consist of a series of lectures, discussions, and journalistic training related to immigration policy, the history of the women’s movement, and the intersection of immigration and gender. Each fellow is expected to bring a well thought-out story idea to the fellowship training, and information from these sessions will assist in the development of proposed articles.

Training sessions may include such topics as sex trafficking; the separation of families; immigrant women and the economy; immigrant women in the American South; domestic violence; immigrants and reproductive rights; sexual abuse in immigrant detention centers; the next generation of women leaders, etc.

Ten fellows will be chosen for the program. Former fellows are welcome to apply. New America Media will cover two nights of hotel, travel expenses, as well as lunches for the two-day fellowship training. Fellows will receive a $2,000 stipend following publication of the fellow’s proposed story. Fellows are required to submit finished story to NAM editor Elena Shore prior to publication for discussion and approval.

Applications are due on Monday, January 23, 2012 at 5:00 pm Pacific Time. All application forms must be sent to womenimmigrants@newamericamedia.org. Please direct any inquires to Project Co-Director Elena Shore eshore@newamericamedia.org or 415-503-4170. Applications may also be faxed to 415-503-0970.
at January 12, 2012 No comments: Links to this post 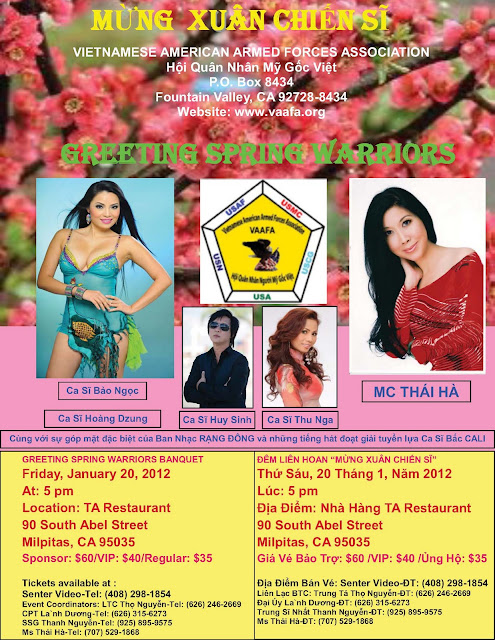 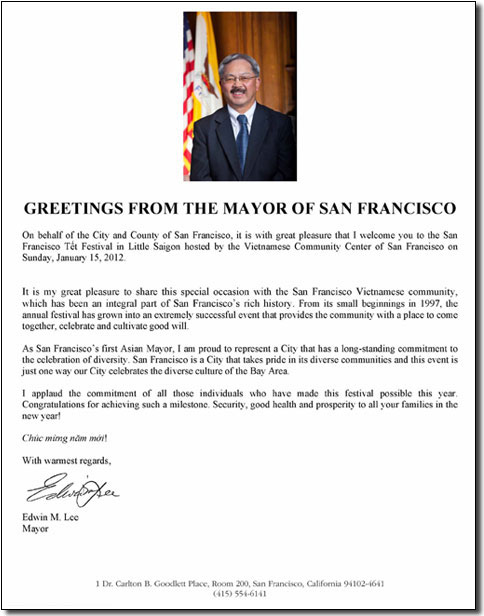 Happy and Prosperous Year of The Dragon

There are a number of Tet events in the Bay Area.  The first one will be in SF on Sunday, Jan. 15.    Happy New Year everyone and enjoy a wonderful and prosperous new year. 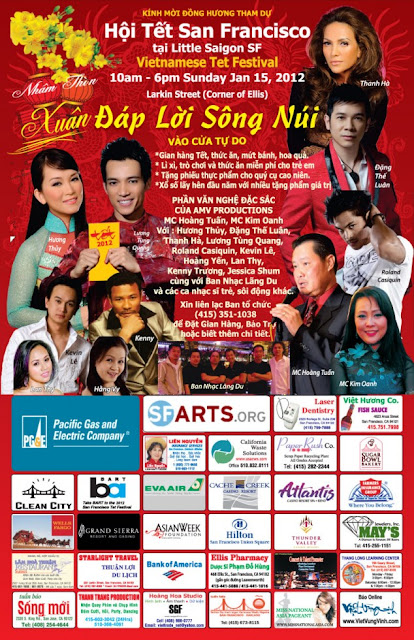 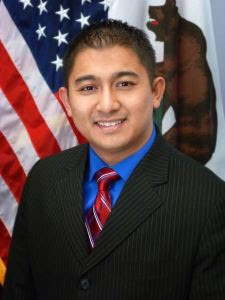 This is a district where Vietnamese-Americans make up about 25% of the registered voters.   It is a surprise to many people in Little Saigon since Tam Truong is unknown in the community.    Nevertheless,  it is good news for Little Saigon to see new young faces who are interested in political office. These candidates, whether they win or lose, are the upcoming leaders of the community. So it is nice to see them taking on the political challenge and make a name for themselves.

The first sighting of Tam Truong at a Vietnamese community function was in early October 2011.   It was an event for Vietnamese veterans held at Dynasty restaurant.  He was accompanying Vice Mayor Madison Nguyen and was introduced as a SJPD detective.  Some people in the crowd thought he was there as her police escort. 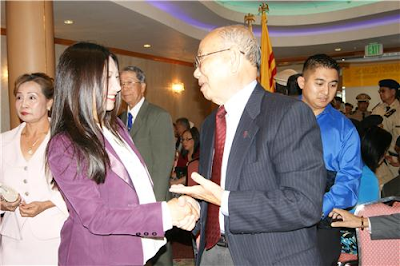 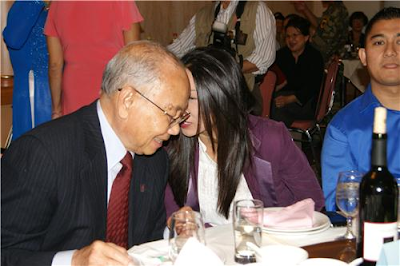 At any rate, this should be an interesting race since Tam Truong will get the powerful support from Reed and Nguyen.   He is good looking and as a young fresh face, has no political baggage.  Conventional wisdom suggests that it will be a competitive race.   Kansen Chu will need all the help from his Vietnamese-American friends that he has built up the relationship since his last election and of course his Chinese base.  The Chinese-American voters compose about 18% of the total voting bloc. 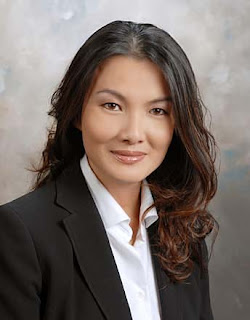 Last time Kansen Chu ran against a Chuck Reed's candidate, it was in 2008.  Hon Lien was also an unknown in the community with little political experience.  But with the mayor's support and Vic Aljouny helped managed the campaign, she ran a surprisingly competitive race against Chu.  However, Chu was not the incumbent in 2008 and his Vietnamese-American base was not as strong.   The white votes will make up about 30% of the total votes.  They are the minority majority that will play a crucial role in either re-electing or replacing Chu.   Reed and Nguyen ability to wield influence with the white voters will be the key to defeat Chu.