In the past few days, there have been mass spam emails floating around in Little Saigon alluding to the fact that a Janet Nguyen was convicted of DUI. The email starting with the rhetorical question:" WHO IS THIS JANET NGUYEN?"

This has prompted an official response from the County Supervisor Janet Nguyen's office.


The response is in Vietnamese and English. Here is an excerpt.

In the past few days, numerous mass emails have been sent and circulated in the Vietnamese-American Community, alluding to a DUI conviction by an individual with the name of Janet Tran Nguyen. A rhetorical question was also raised in these emails, asking “who is this Janet Nguyen?” The ambiguous nature of the emails with their obvious reference to Supervisor Janet Nguyen may lead some members of the community to be confused. Therefore, this letter shall serve as an official response from Supervisor Janet Nguyen.

Supervisor Janet Nguyen does not have any DUI conviction, or, for that matter, any history of prior offense. Any attempt by individuals to insinuate that she does in order to re-direct negative public opinion away from them is malicious and ill-conceived. A cursory review of the information with respect to the legal name and description of the person referred to in the emails readily shows that she is not, indeed, the Supervisor. The middle name is different, and the individual in the conviction is four inches shorter than the Supervisor. Other than a common first and last name, there are no similarities between the Supervisor and this individual. The individuals who attempted to defraud the public in this way should not think that the public is so gullible that a juvenile stunt like this would work..... 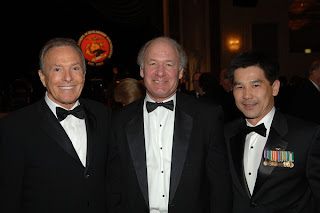 http://totalbuzz.freedomblogging.com/2009/08/19/pham-scores-heavy-hitters-for-congressional-bid/20319/
Quang Pham is running for congress against the incumbent Congresswoman Loretta Sanchez (D).
Pham is an ex Marine pilot, a successful businessman and an author of " A Sense of Duty : My Father, My Amercian Journey". He often writes op-ed pieces and articles for local and national newspapers across the county. Link here is a nice op-ed piece that he wrote for the Washington Post.
http://www.washingtonpost.com/wp-dyn/content/article/2006/12/29/AR2006122901070.html
at August 23, 2009 No comments: