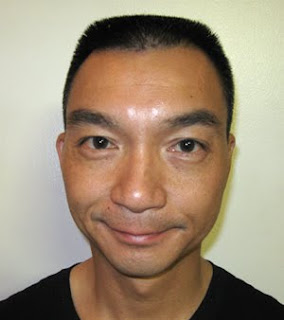 So here is the mug shot of Councilman Andy Quach after his arrest for 0.26 DUI and mowing down car, utility pole and a concrete wall. Of course, his comments to the Vietnamese-American constituents originally were he was working hard late at night and fell asleep at his wheel. Viet Bao and other Vietnamese-American newspapers wrote up a sympathetic story about how Andy Quach had sacrified his own safety for the work of the community. Vietnamese-American media are notoriously known for putting out story for a price for the "Gang of Seven"

Assemblyman Van Tran has been out of the town for the last two weeks and his staff is not returning phone call. Little Saigon is buzzing on whether Van Tran was actually in the car with Andy Quach.

Quach and Tran are always seen together in Little Saigon ever since he asked Quach to be part of his assembly campaign in 2003. He hired Quach to be his campaign fund raiser recently for $2000.

The fact is that Andy Quach and Van Tran were partying together along with Diep Tyler Truong until 10:30 PM at West Coast Buffet. They then left for Citryst Restaurant before the evening was over.

Whether Van Tran wants it or not, this QuachGate has the potential to bring down his campaign for congress. Replubican leadership is looking at this issue very seriously. LSI had learned that Van Tran now had chance to look at the political numbers carefully and had done his own polling. Of course, his people is talking about Sanchez and ignoring the primary eventhough Tran feels that a drag out primary might bring out negatives that would damage his image further in the run-off.

Tran knows that if he loses in the primary against Quang Pham or in the run-off against Sanchez, his political career is over. As a calculated person and somebody who does not like to take chances unless he knows that he can win, there are many factors that Van Tran is considering at the moment.

His name recognition is low and the demographic is not in his favor in the 47th congressional district. The Vietnamese-American voters make up about 10% while the Hispanic voters is about 45% of the total voters.


Can Van Tran win the majority of the White votes that make up the other 45%? About 22% of the voters are DTS. These are independent voters who will be the swing vote.


And the DST number begs the the question - can they stand a Vietnamese-American candidate who has a reputation according to mainstream press and Vietnamese-American media as the "Godfather" of Vietnamese-American politics and the leader of the "Gang of Seven", the infamous gang who now is showing their true color - power corrupting small town politicians runing amok.
at August 21, 2009 No comments: 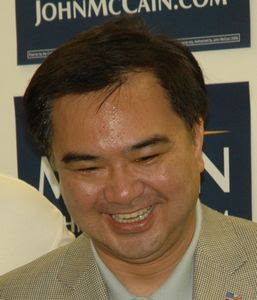 Rumors are surfacing about the Andy Quach DUI and his partying friends on the night of August.

Information known at the moment according to reports and eye witnesses are as follows:

1. Andy Quach is not making any comments with regards to the 2 hours between West Coast Buffet Restaurant and the drunk driving episode. The owner of West Coast already claimed that Andy Quach, Van Tran and Diep "Tyler" Truong left his restaurant around 10:00 PM and they were not drunk.

2. According to an eye witness, all three went to Citryst Restaurant. The owner of Citryst, Amanda My Dung Nguyen conveniently shut off the surveillance camera at 10:30 PM even though it was required to be on until midnight.


The rumor running wild in Little Saigon is that Van Tran was in the car with Andy Quach and left the scene of the accident. He later went back since it was only 15 minutes walk from his house and interfered with the police investigating whether Andy Quach was drunk or not, pretending to be Andy's lawyer.

If this is not true, Van Tran should make a statement to end any speculations for the controversy will drag on and on. This will take away his focus to campaign against Quang Pham in the primary.
at August 20, 2009 No comments: 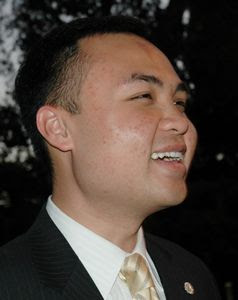 "It is midnight and I have to deal with this crap" Diep Truong snapped at the watch commander, Sgt. Timothy Vu.

Soon after Diep Truong hung up, Westminster Councilman Andy Quach called Sgt. Vu and demanded to know why he was investigating Citryst.

The full story is reported by the OC Register, http://www.ocregister.com/articles/diep-police-restaurant-2531261-quach-officers, and the Liberal OC Blog, http://www.theliberaloc.com/2009/08/17/westminster-councilman-tyler-diep-unplugged/

It is noteworthy to point out the taped conversation between Diep Truong and the police officer and how Diep realized that he was being recorded. The conversation is included in both reports above

Westminster City Mayor Rice said she was appalled at Diep's behavior toward the police officer that night.