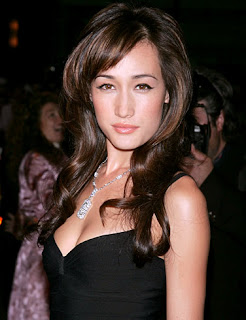 Number 17 on the list of the Top 99 Women of 2008 in the popular Askmen.com site, she is a Vietnamese-American actress that has garnered a bit of attention in Hollywood. Born and raised in Hawaii, Maggie Q's unique look of being half Vietnamese and half European propels her modeling career that graces the covers of major publications like Cosmopolitan, Harpers Bazaar, Elle, FHM, Maxxim and Marie Claire.

She started her acting career in Hong Kong action movies. Among her first appearances in film was the lead roles in action thrillers Gen-Y-Cops and Naked Weapon in which she played the sexy but vulnerable martial artist assassin Charlene Ching.

She also appeared in well known movies such as Rush Hour 2, 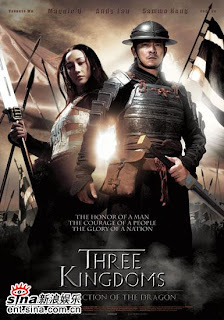 Around the World in 80 Days, Mission Impossible III and Live Free or Die Hard. She is rumored to have landed a role in the upcoming X-Men Origins: Wolverine.


In a soon to be released epic movie, "Three Kingdoms: The Resurection of the Dragon", Maggie is starring as fictional Cao Ying, a grand-daughter of the warlord Cao Cao.

In the meantime, fan can download her nude pictures promoting vegetarianism on the Web.

With a long list of heroic women throughout Vietnamese history, it is not surprising to see some of the most successful people in the Vietnamese diaspora are women. The lastest heroines adding their names to history are diverse in their background and profession. 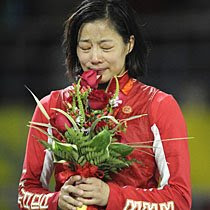 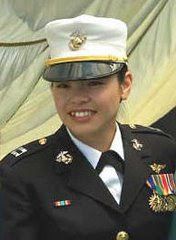 Marine pilot Captain Liz Pham, 28, an F/A -18 Hornet "Top Hook" and a member of the Marine All-Weather Fighter Attack Squadron 242. She is a daughter of a family doctor in Seattle and came to the US when she was 2 years old. Liz Pham is one of a very few women
F/A -18 pilots in the Marine. She is married to Captain Alexander Roloss, also a marine pilot in the same squadron.
at August 18, 2008 No comments: Links to this post