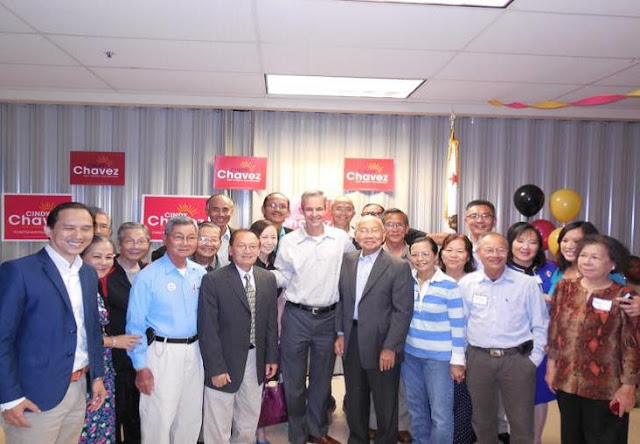 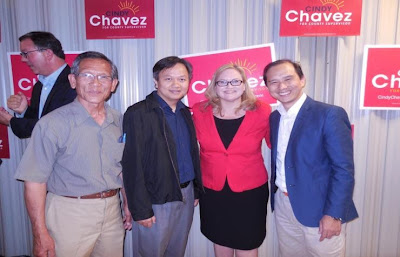 Many members of the Vietnamese-American Voters Federation (Viet Voters for short)  headed by Dr. Ho Vu and Phuong Le, Ph.D. (a Stanford graduate) were there to celebrate.  Ben Field, the ED for South Bay Labor Council, in his speech addressing the crowd, publicly thanked Viet Voters for their support and efforts.   Both Chavez and Field actively reached out and worked with Viet Voters to ensure that they received the important Vietnamese-American swing votes (which made up about 20% of the total votes)

Viet Voters is the same group that tried to recall Madison Nguyen in 2009.   They were actively involved in the re-election of Kansen Chu in 2012 but did not support neither Jimmy Nguyen nor Scott Pham during their respective races.    They are currently supporting Kansen Chu for his assembly race and the San Jose lawyer Tam Nguyen for his city council bid in 2014.
at July 31, 2013 No comments: Links to this post