Tiffany Chung: Vietnam, Past is Prologue 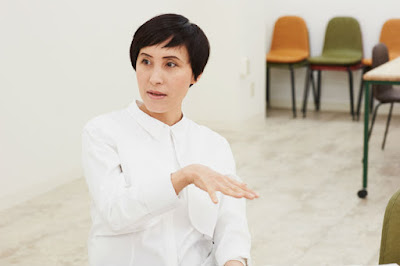 Internationally acclaimed artist Tiffany Chung (b. 1969, Da Nang, Vietnam) is known for her multimedia work that explores migration, conflict, and shifting geographies in the wake of political and natural upheavals.

The Smithsonian American Art Museum has invited her to present work that responds to the Vietnam War, and its legacy on the culture and population of the United States.

The project stems from the facts of her own life: Chung’s father was a pilot in the South Vietnamese army who fought alongside American forces, and the family immigrated to the U.S. as part of the post-1975 exodus from that country. Chung examines the narratives that have been used to understand the war and its aftermath, and probes how the America we know today was shaped by Vietnam. 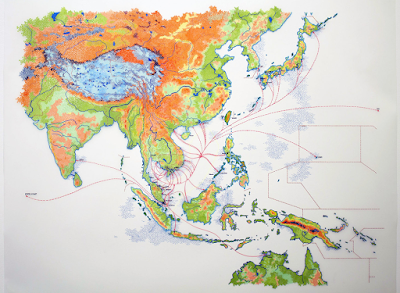 Through this work, Chung documents accounts that have largely been left out of official histories of the period and begins to tell an alternative story of the war’s ideology and effects.  A centerpiece of the exhibition is a new series of video interviews with former Vietnamese refugees who live in Houston, Southern California and Northern Virginia that was commissioned by the Smithsonian American Art Museum.   “ 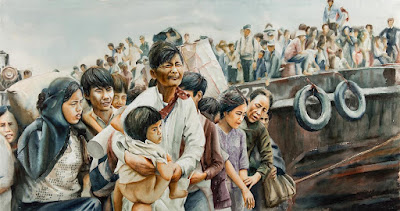 Vietnam, Past Is Prologue” is on view from March 15 through Sept. 2. The exhibition is organized by Sarah Newman, the James Dicke Curator of Contemporary Art.