In a recent story NPR in southern Cal, CSU in Fullerton will launch a BA degree for Vietnamese language and culture, as well as teaching Vietnamese to teachers as foreign language.

As the 10th most speaking language in the world, Vietnamese is being used widely outside of Vietnam in Viet diasporic communities throughout the world.  Besides the Western nations,  travelers could hear Vietnamese language in far away countries like Somalia, Bangeldesh, and Egypt.
at July 26, 2013 No comments: Links to this post

LSI conducted a scientific polling on the Vietnamese-Americans in District 1 for the July 30 special election for county supervisor between Cindy Chavez and Teresa Alvarado.

From a representative sample of 145 registered voters who mostly likely to go to the poll, the following questions were asked: 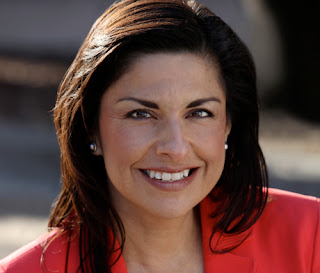 In a last ditch effort to help secure the Vietnamese-American votes,  Alvarado campaign is looking for more Vietnamese-speaking staff to knock on doors and get out the votes.    The campaign is paying $10/ hr.  Those who are interested can call Christine at 408-234-5404.   The posting can be viewed on Vietnamese Student Associations via Facebook.

The election is July 30th and Labor Unions are pre-celebrating their stronger grip on the county government.