With the upcoming general election finally getting some attention, a strange thing happens in Orange County and State Senator Janet Nguyen (R).

Currently, she is an incumbent state senator (D34) running basically unopposed since her opponent, Tom Umberg (D), is not serious candidate by any stretch of imagination.   She has a war chest of close to $1.3 million while he has less than 1/10 in his campaign fund.   The Democratic Party has no interest in this race and is not supporting him financially.  He lost to Janet Nguyen 11 years ago in an OC Supervisor race and has not been in politics since.

With all the Vietnamese votes behind her, she is a sure in for landslide win.    However, whether it is paranoia or hubris, she sent out a hit piece to the Vietnamese community calling him a communist sympathizer because 26 years ago, he worked with Tom Hayden, a state legislature who opposed the Vietnam War.

Now, he is a retired Colonel in the Army after tour of duty as a paratrooper and a special prosecutor of terror suspects.    He served over 30 years  and  had top secret / SCI security clearance.  His wife is Brigadier General Robin Umberg.

To many people, this is a far stretch by Nguyen to call him a communist / communist sympathizer.

But again, Nguyen and her cohorts have been attacking Westminster City Councilmember Tyler Diep as a communist sympathizer for the last 9 months, trying to derail Diep's state assembly campaign.  The reason for this defamation, Diep works for a Vietnamese TV station that is mostly owned by Thuy Nga Paris By Night, the show entertainment production company that hired singers and actors who are also performing in VN.

Umberg's lawyer recently sent out a cease and desist letter.  Nguyen did not response so now the ball is in Umberg's court. 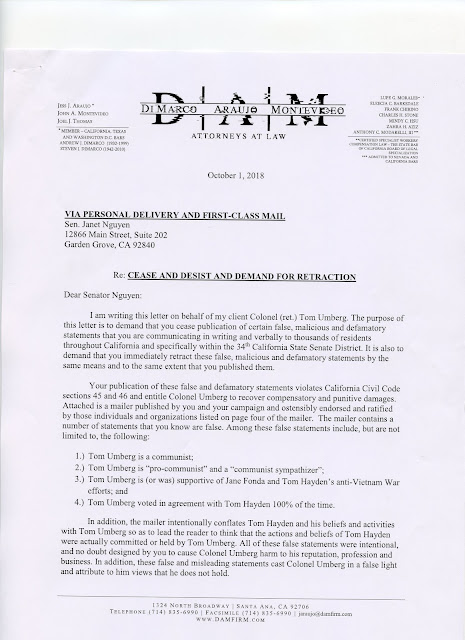 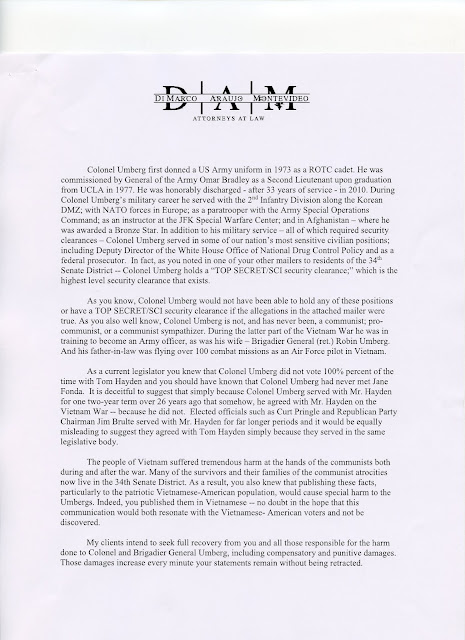 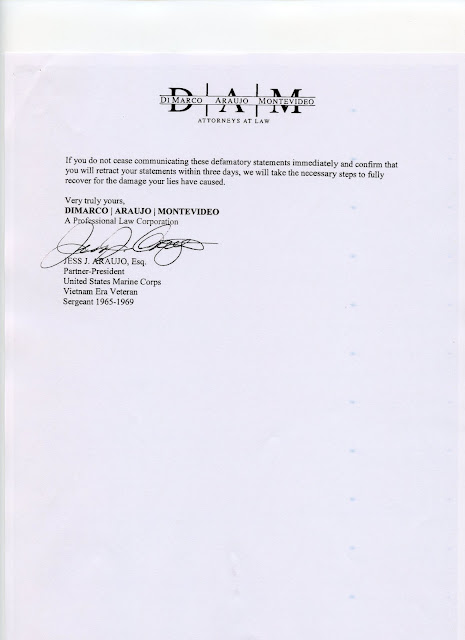