The Sentiment Against Madison Nguyen

To really understand Madison Nguyen and the sentiment of the people in District 7, one must go back to late 2006 where there was a huge banner in front of the American GI Forum headquarters on Story Road declaring " Recall Madison Nguyen. She does not represent the Mexican-American Community".

The American GI Forum has been an important instution of the Mexican-Americans in San jose for the last 45 years advocating for Mexican-American war veterans and their families. In voting against AGI's request for rezoning to allow for entertainment use their assembly hall to generate more revenue, Nguyen forced AGI almost into bankruptcy. They were forced to sell their facility in order to pay off debts. Abel Cota, the former executive diretor of AGI Forum said:"I don't know if this is a pay- back for me supporting her opponent, Linda Nguyen, or not but it was bad governance for somebody who just got elected and really did not understand the issue and basically bankrupted a nonprofit foundation."

But what made the story more interesting was from the buyer of the AGI 's assembly hall, Loannie Lam. A week before closing, she received an unsolicited call from Nguyen. The councilwoman asked her tersely:"Why are you buying the property? This is overprice. You should look at Vietnam Town." Vividly upset, Loannie told Madison Nguyen:" I don't know you and it is none of your business."

Now after spending almost $100,000 to fend off the signature drive for her recall, her consolation price is 8 verified signatures out of the 147 signatures submitted by her campaign to the City Clerk to oppose the recall. The recall team meanwhile spent half the money and gathered over 7,000 signatures and submitted 5,181. Out of that less than 4% were rejected.

Madison Nguyen simply does not get it. It is not only the Vietnamese-American voters, the same voters that brought her into office but also the Hispanics and Whites that could not stand her. If she had walked the precinct, she could see that 6 out of 10 people wanted her to step down to save the city the embarrassment.

She represents so far in the last 3 years the interest of the wealthy and politically powerful people like Tang Lap, a very rich and yet very thrifty real estate developer.

It was her decision to exclude the community from the naming process and had a behind the scene deal with Tang Lap to name the strip according to his wish that got her into trouble. But what made the matter worse, instead of owning up to it, she denied and lied and then stonewalled the whole process.

Her tired argument against the recall process is that it is very very costly so we should not go forward with it. Well, Madison Nguyen in case you have not heard, the people have spoken. The recall ballot is on because the people have exercised their democratic right. This election is about Madison Nguyen's ethics or lack of and about her representation of not the people of District 7 but only to the powerful and wealthy lobbyists, developers and Labor Union.

Her argument of touting how she has created thousands of jobs and build thousands of homes for the people of District 7 are laughable since all programs are part of San Jose Redevelopment Ageny plan as well as state and county plans before she took office.

The record that she does not want to emphasize right now is rising crime rate in her district for the last 3 years.

What is so sad for Madison Nguyen and a lot of people do feel sorry for her at the moment for this is classic case of the " Empress wears no cloth". Behind her back, the vice mayor to be Judy Chirco, councilmembers Nancy Pyle, Sam Liccardo and Ash Karla are shaking their heads and could not fanthom the arrogance and self delusion Madison Nguyen has of herself.

Her supporters are on radio 24/7 attacking the recall team mercilessly. They questioned the 5,000 signatures by claiming that only 1,000 signatures were from the Vietnamese-American community. The point Nguyen's campaign trying to make is why bringing outsiders into the community to bring down the community.

The Recall Team purposedly is making a point against Nguyen's claim of the "silent majority". Half of the signatures are from non Vietnamese-Americans. It is not that they could not get 5,000 Vietnamese-American signatures or more, they just wanted to see how the other communities see the issue and their sentiment toward Madison Nguyen.

The unequivocally sentiment is "RECALL MADISON NGUYEN" because "DISTRICT 7 WANTS AN ETHICAL REPRESENTATIVE THAT REPRESENTS THE PEOPLE AND NOT SPECIAL INTERESTS"
at December 16, 2008 1 comment: Links to this post

In Support of Madison Nguyen 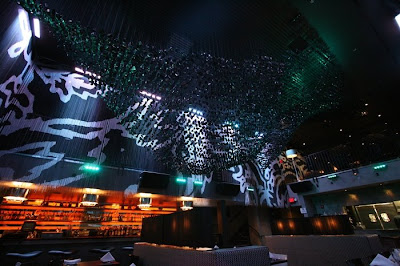 LSI just received this invitation over email to attend an All-Star Event at a one-star night club (According to Yelp). The owner is a Vietnamese-American friend of Madison Nguyen.

Checks will be accepted at the door or you can mail them to:No Recall of Madison Nguyen CommitteePO Box 18494San Jose, CA 95158

Make check payable to: No Recall of Madison Nguyen Committeeor you can donate online at http://www.madisonnguyen.com/%20contribute.html

Please feel free to forward the attached flyer to any of your contacts who would be interested in attending.Thank you for your continued support.

As LSI mentioned before, this is not even a fair fight. Madison has the support of influential and important elected officials and the powerful South Bay Labor. In addition, she can at a her fingertip raises boat load of money from wealthy real estate developers, labor unions and powerful lobbyists from all over the country - Arizona, Washington D.C., San Diego, Sacramento, etc...

Now with Melanie Jimenez, a smart policy analyst from the mayor's office helping her along with the most powerful consultant in San Jose, Vic Aljouny, it will not be even a close election.

The recall team is basically a loose group of volunteers with mostly older folks who are either unemployed or low level blue collar workers and of course have no experience in running a campaign. In addition, they have history against them.

They neither have the money nor the media savvy to take on a well oiled machine behind Madison. Nguyen's political sophistication, good look, a mainstream media darling, and her ability to outspend and out message the recall team in the Vietnamese-American community alone would crush even a more seasoned political operative.

Her campaign spent over $19,600 for Vietnamese-American media (from July to September) to write favorable articles and radio talk show touting her record. The media supporting her and receiving her money are: the powerful and influential Que Huong Radio, Vien Thao Media (Do van Tron, the owner, is one of the richest Vietnamese-Americans in the Bay Area), Thoi Bao (one of the oldest Vietnamese-American newspaper in existence), Viet Weekly (a Southern California newspaper that is moving their operation to the Bay Area to support Madison ), Tin Viet News, V-Times, CM Magazine, Hoa Vang, Song Viet Radio (Another powerful radio show owns by a powerful political party within the community- Viet Tan).

The recall team meanwhile only managed to spend $9,927 on Vietnamese-American radio ads and prints.
What amazing of course was against such incredible odd, they managed to gather over 7,000 signatures in which they submitted 5,185 signatures for verification

Recently to put on the pressure, she commissioned Viet Weekly to print 10,000 newspaper issues for the San Jose area. The issue by design featured her and her fight against the recall effort. This is an impressive number since Viet Weekly don't even print that many issues in their own market in southern Cal. 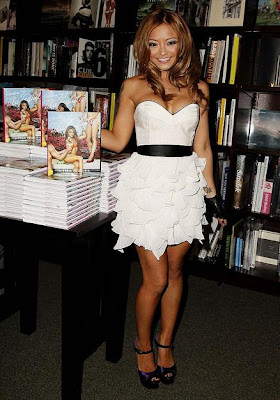 It seems like everyone has a book deal nowadays!
And just in time for the holidays, Tila Tequila recently released her new self-help book : "Hooking Up with Tila Tequila: A Guide to Love, Fame, Happiness, Success, and Being the Life of the Party." Here she is at a Barnes & Noble bookstore in Manhattan promoting her book.

How is she is doing with her first ever book? Well, it is number 9,801 on the Amazon Sales Rank. Compare to other known Vietnamese-American authors, she is considered to be quite a success on Amazon.com

The Tapestries - Kien Nguyen - # 232,522 (But this number is misleading because his promotional outlet was Costco discount chain)
at December 14, 2008 No comments: Links to this post