LSI commissioned a poll recently in the Vietnamese-American community in San Jose to see the sentiment of the community between two well qualified candidates for San Jose City mayor -  Sam Liccardo and Dave Cortese.

The results of the survey of 325 likely voters show -   Dave Cortese has 57%,  Sam Liccardo has 34% and 9% undecided.   When asked which candidate is more favorable, 65% of the voters feel more favorable toward Cortese vs. 35% toward Liccardo.  The margin of error is 4%.

The Vietnamese-Americans living in San Jose is only 10% of the total citywide population.   However, with to their high turn-out in every election, they will likely compose about 13% to 15% of the total votes. 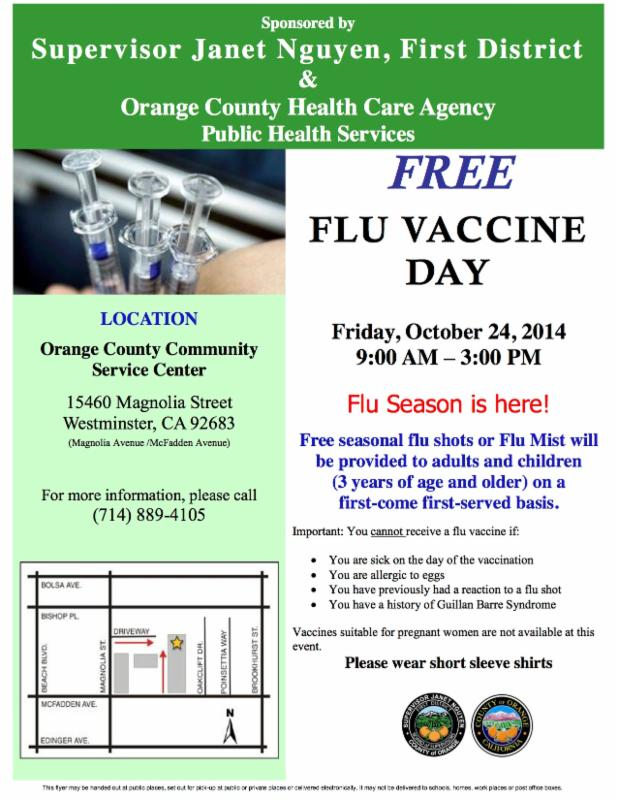 Maya Esparza On Top in the San Jose D7 Race

You know the city council race for San Jose District 7 is heating up when dirty tricks of sign stealing and defacing are being carrying out.   In this case,  the candidate Maya Esparza and her campaign decided to be creative and show who is really on top of the race. With less than 2 weeks before the election, there are two polls  showing that Dave Cortese is leading the San Jose City mayoral race by a wide margin. While one poll contradicts and claims that the race is tied.

A poll conducted by The San Jose State University's Survey and Policy Research Institute at the request of the Mercury News (who is supporting Sam Liccardo) indicated that Cortese  is leading by 8%.   Another recent poll done by the EMC Research for South Bay Labor Council shows Cortese is ahead by 11%. 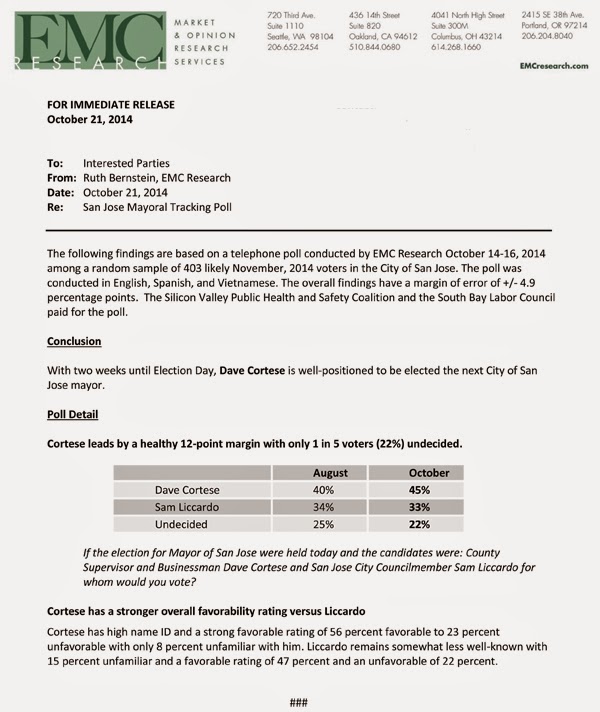 Sam Liccardo mean while commissioned his own poll but refused to let the public see the detail.  He claimed that the JMM Research indicated he and Cortese suddenly are tied.


Liccardo knows his campaign is floundering and the latest episode of filing unsubstantiated ethical claim against Cortese is a sign of desperation.

LSI likes Liccardo and thinks that he would make a wonderful mayor.  However, unlike Cortese who spends a considerable amount of time  building his base for the last 8 years by showing up to events, actively reaching out  to many different communities  and actually providing concrete  actions that people could appreciate,  Liccardo chooses to rely on the  endorsement game and the powerful money of the wealthy families and corporations to buy the election.

Unfortunately, Liccardo will likely fall short because he does not have the women's votes and he is having difficulty appealing to the Hispanic and the Asian communities.

LSI predicts a 6% difference between Liccardo and Cortese on election day.