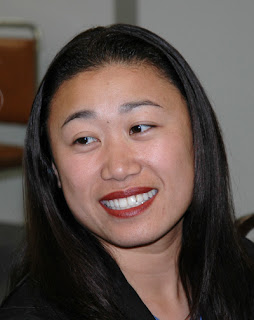 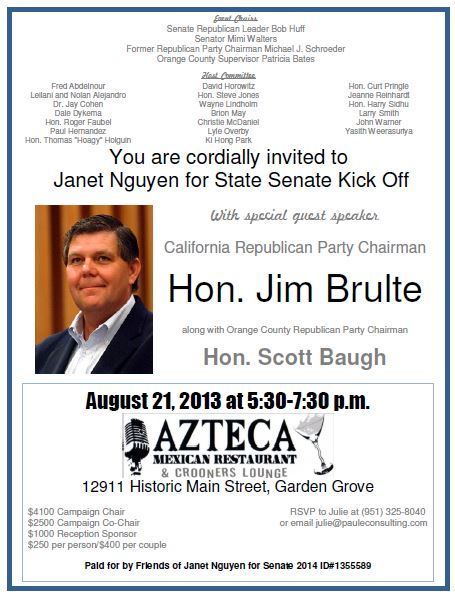 With a newly redrawn district where Democrats and Republicans are split evenly and with 20% Independents,  OC County Supervisor Janet Nguyen has a favorable demographics to win the seat from the term-out Lou Correa (D).
The California Republican Party is pulling out all the supports for her.   She is leading her opponents in money raised so far.    Also, the district is heavily populated by Vietnamese-Americans.   Thus, their expected high turn-out will give her a strong voting base.  Of course,  it is only 2013 but the conventional wisdom is that she will be formidable as she continues to rally the party base and reach out to indepedend voters. 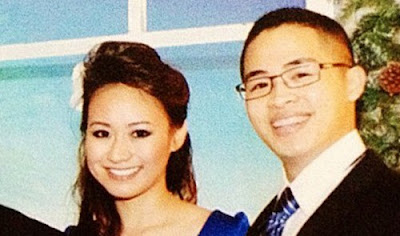 The U.S. Attorney's Office announces that  more than 500 people paid thousands of dollars to sneak into the U.S. using fraudulent visas. 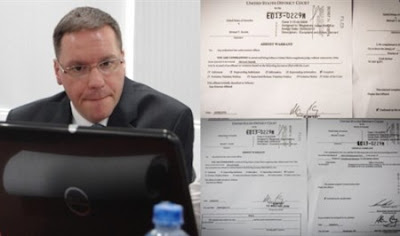 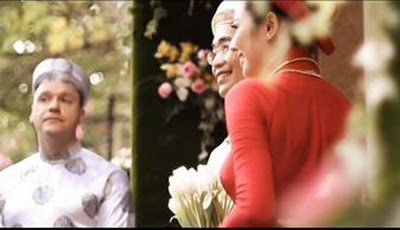 Michael Sestak was the best man and Hong Vo's wedding.  It was an elaborate wedding with hundreds of guests that costed well over $300,000.   At the time of her arrest, she was living in a wealthy neighborhood with her husband and her parents.
at August 22, 2013 No comments: Links to this post 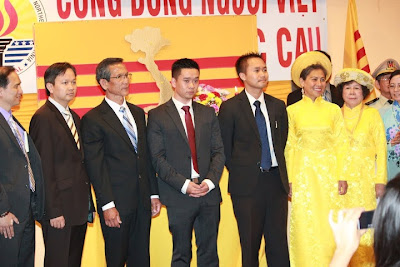 Couple weeks ago, the Vietnamese American Communities and Coalitions of Northern California had their gala to celebrate their newly elected members and also mark their victorious support for Cindy Chavez in the recent supervisorial election. 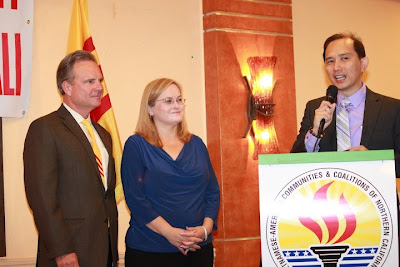 This is the same coalitions that were formed to recall Madison Nguyen  4 years.  Even though their effort failed but they have become a powerful voice in the community and their influence is undeniable.   Cindy Chavez, under Dave Cortese's advise, reached out to them early in her election while Teresa Alvarado decided to stick with Madison Nguyen for her support. 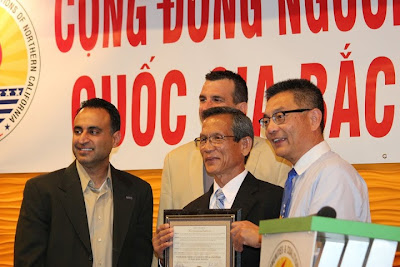 There were about 500 people showed up for a 3-hour long party.  City councilmembers Sam Liccardo, Kansen Chu, Ash Kalra as well as supervisors Dave Cortese and Cindy Chavez were there for the celebration.  The Mayor of Milpitas was also present to help cheer the crowd. 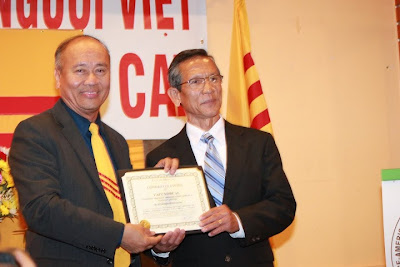 The 2014 city council candidate Tam Nguyen was on hand to work the crowd.  Noticeably absence was his opponent Cam Van Nguyen. 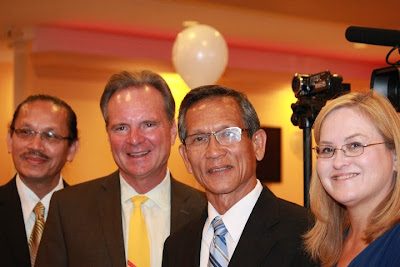 It is a given within Little Saigon that Dave Cortese has the heart of the majority of the Vietnamese-Americans with his tremendous effort courting them in the last  4 years.