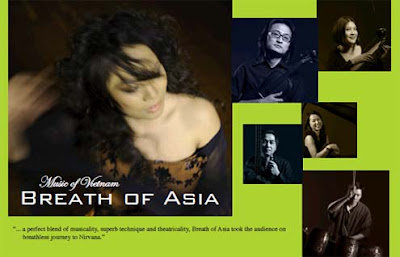 Breath of Asia, “Music of Vietnam” is the first ensemble of it’s kind from Vietnam. It’s combined use of traditional music composed with a modern twist, theatrical presentation and solid musicianship brings Vietnam’s finest cultural traditions to an International audience.

Can Loretta Sanchez Ever Be Defeated?

After her impressive win in a congressional race against Van Tran (R) in a year where most Democrat incumbents got shellacked,  it begs the question can Sanchez ever be defeated?

The fact that Sanchez did not even bother to spend the majority of her money is even more amazing.  With two weeks left in the race, she only spent only about $500K total while Van paid out about $700K to cover his expenses.  She won the election with more than half of her war chest unspent.

And according to the only available poll publicly done  (Commissioned by Van Tran), Tran was tied with Sanchez going into the final weeks but with a higher support level among White, Independent and Asian voters.  According to his poll as summarized on Red County Internet Blog :

"........Sanchez has twice the unfavorables as Tran (with about the same favorables) explains why voters who have an opinion of both candidates are voting for Van Tran by an 18-point margin (54% Tran – 36% Sanchez)....."


So she must have known something that most OC political observers did not realize.   There were about 39,800 absentee ballots received by Monday, Nov.1.   The breakdown according to the OC Registrar office was:   ~ 17,000 Democrat; ~ 15,000 Republican and ~7,000 DTS voters.  So there were more Republican,  DTS voters combined than Democrat voters.

The first ballot result posted on Tuesday showed the first 32,400 absentee ballots counted and Van was about 320 votes behind Sanchez (0.8% behind) while Ceci Iglesias received 3.4%.   Van knew then he was in for a long night since the first batch of absentee ballots should favor him because his assumption was that Republican and DTS votes would be for him.

By the time time the second set of results was posted (44,000 ballots total), Van was about 1,000 votes behind.  At the end of the night when all the precincts were counted, he was 8% behind and needed 5,500 votes to catch up.   When the rest of the absentee ballots finally got counted 5 days later,  Tran actually lost more ground and he is now about 9,800 votes behind (The final number has not been posted yet).

After looking at the voting trend, a number of OC pundits analyzed as follows:

1.  Despite the poll numbers,  Van did not get the majority support from neither the DTS nor the Asian voters.  If he had, he would have been ahead of the Sanchez when the first set of result posted.   Vietnamese-Americans are mostly absentee voters and Republican.  Historically up to 80% or more preferred absentee ballots.  There were about 12,000 to 14,000 Vietnamese voters who actually voted in previous elections.

2.  The ploy to have a second Latino candidate to dilute the Latino votes is a strategy that usually does not work and sometime could backfire.   Most Latino would prefer to vote for a candidate that has a chance of winning and somebody who is proven to bring home the bacon to their community.   Some pundits commented that Iglesias probably ended up taking more DTS votes from Van than Latino votes from Sanchez.

Van Tran spent a lot of money to win votes in Little Saigon, he funded a newspaper and published newsletters, bought a radio show and had his own people attacking Sanchez 4 hours a day. Van was hoping the Vietnamese Catholics would turn out to vote against Sanchez as his campaign hit her on abortion issue and her "loose-woman" image.  Vietnamese Catholics is about 35% of Little Saigon population.   Meanwhile, Sanchez spent little money with the media in Little Saigon and mostly to defend herself sporadically against Van Tran's attack.

So the question here can a Republican  candidate defeat Sanchez?   From the election result, it shows that this is a district where the Asian and DTS voters are moderate in their view and if a candidate can get the support of these two voting blocs,  the race can be competitive against a liberal Sanchez.
at November 09, 2010 2 comments: Links to this post

According to a recent article on Orange Juice Blog about Loretta Sanchez and her prospect in  2012...


"........In two years she will be in a tough electoral battle again. Termed out Assemblyman Van Tran is likely to run again in 2012, for her seat. And today, moderate Republican Quang Pham announced in an email that he is “officially running.” Pham ran this year, but he pulled out before the Primary, allowing Tran to win...."

Everybody knows Quang Pham was running yesterday and will be running in 2012, it is his in blood.  He cannot help it. 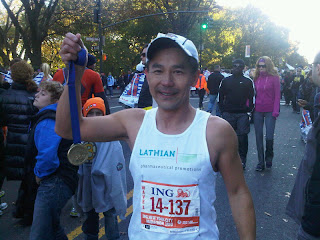 The Lan and Mark Beyster Public Interest Fellowship will provide $25,000 to one law graduate who will work for one year to provide legal services to and advocacy for the Vietnamese American community and/or other underserved, underresourced communities. The Vietnamese American Bar Association of Northern California (VABANC) will administer the Fellowship Program.

Mark Beyster is the son of Robert Beyster, the legendary founder of SAIC, the largest employee-owned research and engineering company in the United States.  Mark and Lan Ly were married earlier this year in San Diego.


1. J.D. in hand at the beginning of the grant period or awaiting bar results.

2. Strong demonstrated interest and commitment in working with the Vietnamese American community and/or social justice work with underserved communities.

3. Unique life experience or other experiences in overcoming personal adversity/challenges.

4. A proposal no more than 3 pages (12 point, Times New Roman, 1 inch margins) detailing the proposed public interest project, and describing which legal rights the applicant will be enforcing and the projectâ€™s relevancy in advancing the legal and civil rights of the Vietnamese American community and/or other underserved communities. (Please note that the applicant should have secured a host non-profit legal organization who will support his or her work and he or she should describe the legal organizationâ€™s role in the project.)

Please send completed applications by December 1, 2010, with a cover letter indicating interest, to VABANC at vabancinfo@gmail.com. For questions, please contact Quyen Ta at qta@kvn.com.
at November 07, 2010 No comments: Links to this post