Garden Grove City Councilman Phat T. Bui currently campaigns for  Orange County Supervisor's First District.  As a controversial and brash-talking figure in the Vietnamese-American community in Little Saigon, he carries his reputation well into the City Council ever since he won the election.

He was elected in 2014, riding the endorsement of the former GG Mayor Bruce Broadwater, who subsequently lost his seat due to a corruption scandal.  When in office, he and the current Mayor Bao Nguyen would constantly butt head on many issues.  Nguyen defeated Broadwater in the general election.

His many claims to fame as he touts in his current campaign is that he is a successful owner of a software consulting company providing contract work for government agencies. His achievement of the "American's Dream"  through academic, hard work, and shrewd business acumen is what qualified him to be the best supervisor.

As described in his biography, he is particular proud of the fact that when in college (University of Minnesota), he majored in three subjects - math, physics and electrical engineer.   However, there have been rumors in the community about his lack of college degree, contradicting his claim.

Bui is the owner of a software consulting firm called NetResults, LLC.  The firm specializes in providing software services for the state government.   In July 2014, he won a $250,000 contract (REQ0013070) with the  Department of Consumer Affairs, Contractors State License Board. 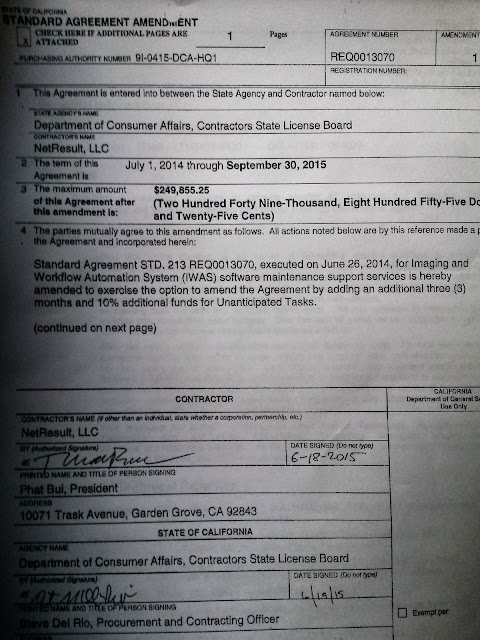 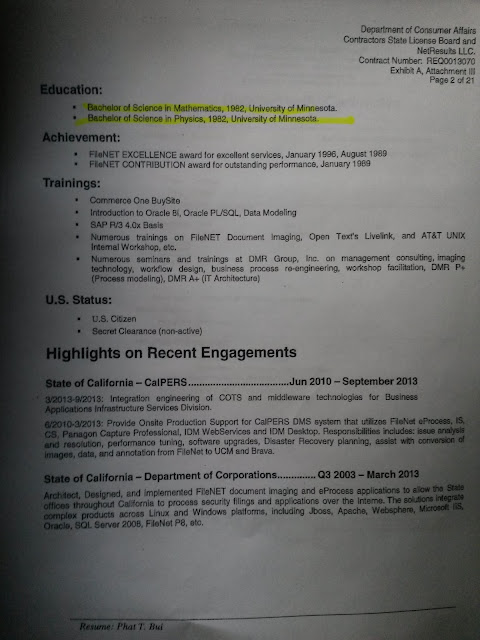 However, a background check shows that he never graduated from the university. 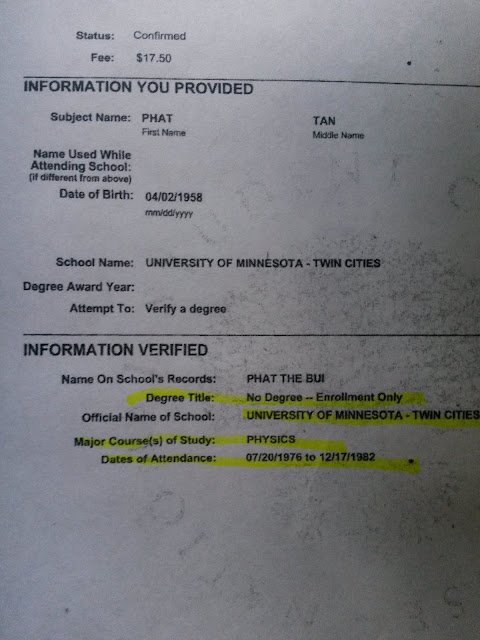 Since the news broke last week in Little Saigon, some of his constituents have questioned him on this matter.  Councilman Phat T. Bui so far is not responding.

Garden Grove City is trying to clean itself of the corruption scandal of its former mayor.  Now the city has another potential ethical issue on its hand - a council member who might have lied about his credential in order to obtain a government contract while he is in office.