Hung Nguyen and His Chances 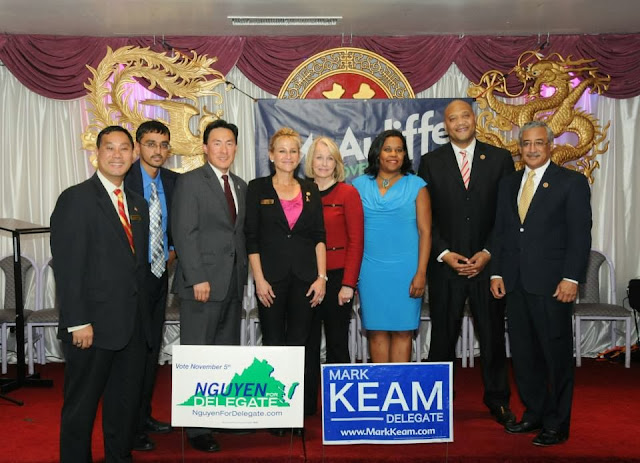 Hung Nguyen (D) is falling behind his opponent in fund raising effort.   Currently, he has raised about $53K (1/3 of the money came from California where he originally resided).  Meanwhile, his opponent, the Republican incumbent James LeMunyon, is flushed with cash at $280K (10% came from out-of-state).

So what are his chances?  The Democratic Party is fully behind him.  The Asian-Americans are lukewarm right now.  Whether the government shut dow will entice them to go to vote en-mass is too early to tell.   With not a lot of money, he has been relying on other Democratic candidates to co-promoting his name.   His co-campaigning with other better funded Democratic candidates is a practical strategy to get his name out there for free.

LSI thinks the race is actually closer than the conventional wisdom predicted.   LeMunyon is sitting on $84K of cash unspent.  He should be worry and use the money wisely for he might be in for a suprise in November.   As mentioned before, if Nguyen loses, he will be better ready next time.   LSI can see the ambition in his eyes.  He is a good guy and could make a difference in office.