City councilmember Sam Liccardo has been busy visiting Vietnamese Buddhist temples in San Jose in recent weeks.   It is an unusual sighting for sure since Buddhist temple is not a place for politician to visit unless they are there for spiritual purposes.

He is desperately looking to make head wave with the Vietnamese-American voters as he is currently being politely turned away by community leaders.   With Nguyen's endorsement, this will make his reception into the community to be more difficulty.  His Vietnamese-American supporters  adamantly opposed his decision to accept Nguyen's endorsement for they felt that this would drive more Viet voters to vote against him.

What Nguyen brings to the table is her connection to the Chinese -Vietnamese businessmen and their deep pocket.

The question now is can Dave Cortese hold on to the 6 districts that he won in the primary knowing that he will be outspent by Sam? 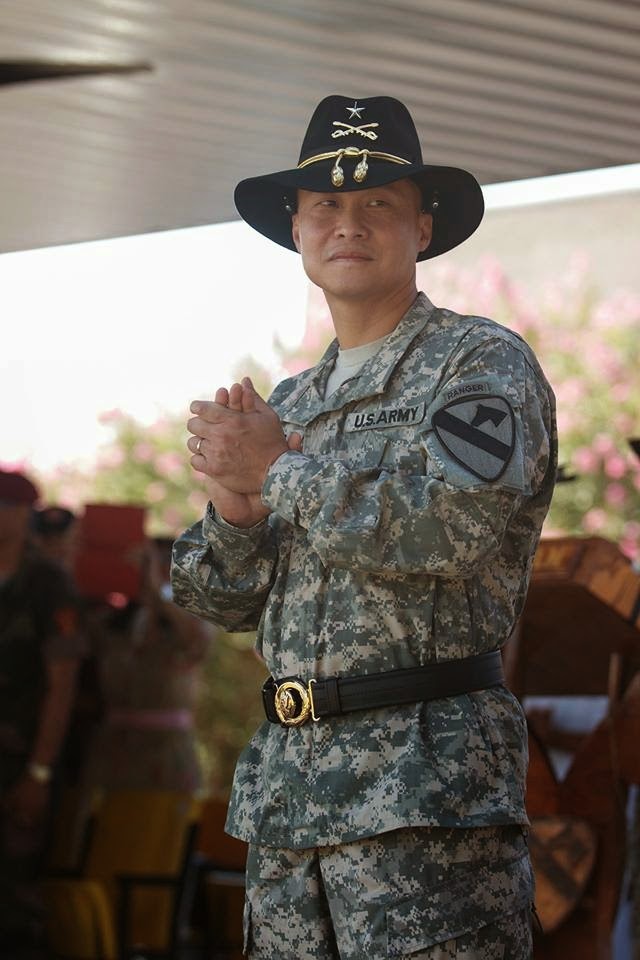 He and his 7 sisters came to the US in 1975 after being airlifted from Saigon.  His father was a major in the ARVN.   He was raised in California (LA and Mountain View) and joined the army after receiving his BS from USC almost 2 decades ago.   He served in Bosnia, Iraq and Afghanistan.

The first Vietnamese-American commissioned to West Point was Hung Vu in 1981.  He left the service with the rank of captain after fulfilling his 5 years commission.   In 1999,  Josephine Nguyen graduated second in her Naval Academy class.  She and her classmate (Mary Godfrey) had the distinction of  becoming the first pair of women who graduated as the top two of their class.

Janet Nguyen Can Help You With Your Taxes

An article posted on Forbes recently lays out the case for why Janet Nguyen's candidacy for state senate is the most important political fight in 2014 for Californians.

According to the article, the race is " likely to determine whether or not taxes will rise by billions in the world’s eighth largest economy"

".......Fortunately for California Republicans, they have a strong candidate in Janet Nguyen, a current Orange County Supervisor, to go up against former Democratic Assemblyman Jose Solorio in this crucial race. Nguyen, who emigrated to the U.S. from Vietnam at age 5, describes herself as “a believer in limited government,” and says that if elected, she would spend taxpayer dollars the way she spends her own. That would certainly represent a stark contrast between both the status quo in Sacramento and her opponent’s legislative record.

“Janet Nguyen’s candidacy for state senate is the most important political fight in 2014 for Californians,” said Brian Calle, Opinion Editor for the OC Register and Editor-in-Chief of CalWatchdog.com. “And if Nguyen is victorious,” added Calle, “Democrats would not have the necessary two-thirds majority in the Legislature to unilaterally raise taxes in the Golden State


For further reading, see the link below: