Nguyen Duc Van, a buddhist monk living in Vietnam, has a look that people would mistaken him for the President of the US, Barrack Obama.   The secret service probably would love to have him on their team to serve as a double for the President. 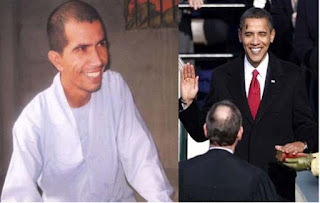 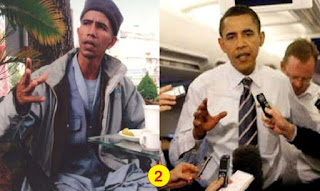 Ly Tong Out of the Hospital, Receives 6 Month Jail Time

Ly Tong sat with much emotion in the court room today and he looked gaunt and pale from losing 33 lbs during his hunger strike.   He was released from the hospital on Thursday after passing out due to starvation.   The doctor gave him IV infusion and kept him in the hospital for 4 days.

The courtroom was packed with his supporters and there were about 120 people showing their support outside the building.

Despite the fact that both prosecutors and Probation Department suggested Ly to have minimal jail time, Judge Andrea Bryan decided to give Ly six month jail time.   Part of her reason was that he did not show any remorse and even worse seemed to mock the justice system.

Prominent local politicians such as Kansen Chu and Dave Cortese wrote letters to the judge asking for leniency.

Ly Tong will spend 54 days in jail in addition to the 26 days already served.  He will also have 3 years probation

What next for him?  He is insisting that the justice system did not treat him fairly and that he is asking his lawyer to appeal.   And whether he will continue his hunger strike, nobody knows. 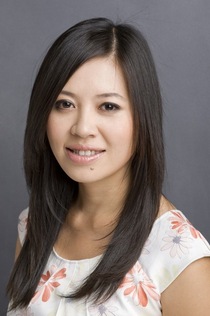 
Tan Le, 35,  is the founder and CEO of Emotiv Lifesciences, a bioinformatics company advancing the understanding of the human brain and identifying biomarkers for mental and other neurological conditions using electroencephalography (EEG). She is a technology entrepreneur,  a business executive and sought-after speaker.  She is from Australia but moved recently to San Francisco.

Forbes Magazine wrote about her as follows:

"....If 2010 was the year of touch screens and 3-D, 2011 will undoubtedly belong to Tan Le. She is the founder of Emotiv Systems, which is building the next human-machine interface--a headset that takes orders directly from the brain. By reading user brainwaves, the headset makes it possible to control virtual objects, and even physical electronics, with your thoughts....."

Emotiv  Systems is a company that develops a  wireless neuroheadset that read and interpret your brainwaves so that you could control certain activities via the headset without using your extremeties.    Check out the cool video at:

Ly Tong Will Be Freed Soon?

This is the headlines going viral in the Vietnamese-American community based on a report sending via email by Hanh Duong, an owner of a Vietnamese language blog called VietPress.     According to his conversation  with The Vu Nguyen, an aide to Santa Clara County Supervisor Dave Cortese,  there is a good chance that Ly Tong will be freed on probation or given credit for time served.

As reported by by Hanh Duong, Cortese paid a visit to the judge and some members of the juror and handed them the 7,000 signed petitions of Ly Tong supporters.   The report mentioned that Cortese also had asked the judge to reduce the sentence against Ly Tong.

LSI cannot confirm the report since this is becoming quite a circus, especially when a convicted felon (Because of his political belief) can hold such fascination and power over elected officials with his hunger game.  But since The Vu Nguyen is being mentioned as the source of the story, there must be some truth.


Note:  Ly Tong has been moved to a hospital since last Sunday according to county official.   They are not allowing visitor and told one of Ly Tong's friends to return on Thursday to visit him.
at June 19, 2012 No comments: Links to this post