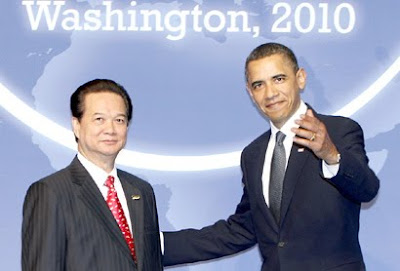 According to Reuters News

" Citibank has signed a $200 million loan agreement with Vietnam's top coal miner, Vinacomin, to help it develop a bauxite complex.....


The 13-year credit deal was signed in Washington on Monday and witnessed by Vietnam's Prime Minister Nguyen Tan Dung who was attending the nuclear security summit, the government said in a statement.


It gave no further details on the terms of the credit. State-run Vietnam National Coal-Mineral Industries Group has been building two bauxite mining and processing complexes in the Central Highlands coffee belt that have attracted the attention of critics worried about Chinese involvement and possible environmental damage.


The construction of a $460 million aluminium plant at one of the sites has been awarded to Chalieco, a subsidiary of China's state-run aluminium firm Chinalco. Vietnam's bauxite reserves are among the biggest in the world at 5.5 billion tonnes, almost all of which is in the Central Highlands, according to the Ministry of Natural Resources and Environment. Vinacomin has said it plans to sell $500 million of bonds overseas this year to support major mining projects, including coal, bauxite and titanium..." 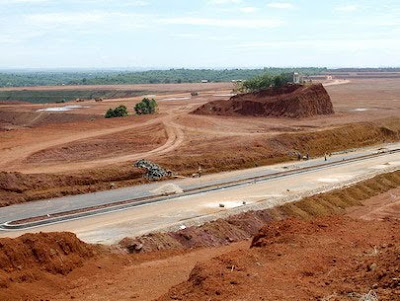 According to an article written by Duy Hoang in the Asia Times :


Though apparently not coordinated, their collective dissent is part of a budding Vietnamese environmental movement, notable for challenging the state's traditionally unquestioned authority in implementing large-scale economic development projects.

In recent months, a number of local scientists have written thoroughly researched articles, some published in state-controlled media, exposing weaknesses in the government's mining plans. A state-sanctioned domestic news site, vietnamweek.net, has been at the forefront of probing the issue, while bloggers have provided even more critical analysis..."
at August 13, 2010 3 comments: Links to this post