LSI is an avid pool player but this is ridiculous.
at September 11, 2012 No comments: 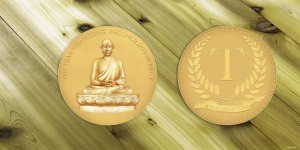 
The Tran Nhan Tong International Prize for Reconciliation and Compassion has been made public on the website www.trannhantongprize.org by Tran Nhan Tong Academy at Boston.

The academy, named after the third king in the Tran dynasty of Vietnam (1225-1400), was founded in April with an objective of researching the king, and popularising his career and ideas to the world.
Every year, the academy’s prize committee will present an award to people who make great contributions to building friendships among countries and solving conflicts.

Nomination letters should be sent to the committee before July 31. They will select the award recipients in the first week of August and announce their names in mid-August.

Each awardee will receive a medal, a certificate, and a classical work or a song and a poem (in English and Vietnamese) praising them.

The Recognition Day and the Tran Nhan Tong International Conference will take place at Harvard Faculty Club, Harvard University on September 21 .
at September 10, 2012 No comments: