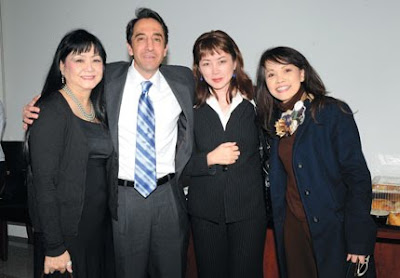 This is a content of an email announcement by a coalition of Vietnamese-Americans who were at the heart of the Madison Nguyen recall -  LSI usually call them the Recall Team.


" VietvotersPAC is pleased to announce our endorsement of Jeff Rosen for District Attorney of Santa Clara County.


The Vietnamese American Community of Northern California has been underrepresented in many areas of governments. There is a lack of diversity in the Police Department, The District Attorney Office, the Judiciary Committee, Santa Clara County and San Jose government. VietvotersPAC strive to mobilize candidates and government representatives that share our values and concerns of public safety, ethics, conflict of interest, job growth and our community calling card, FREEDOM AND DEMOCRACY.

The Santa Clara County District Attorney office has lost touch with the Vietnamese American Community during the last 3 years. Police brutality and abuse were not addressed until video evidence come to light. Campaign irregularity, voter fraud and lying at City Council hearing complaints went unanswered. The stonewalling tactic employed by the District Attorney for the Daniel Pham police related shooting is the last straw that broke the camel's back. Not only has the current administration reversed the earlier stance of open Grand Jury proceeding and community input for Vietnamese victim shooting at the hand of the San Jose Police Department - a procedure implemented by former District Attorney George Kennedy in light of questionable shooting death of Bich Cau Chao Nguyen in 2003, the Vietnamese community were kept totally in the dark for 6 agonizing months amidst protest and letter writing campaign to "sunshine" facts related to the Daniel Pham police shooting incident. In fact, Dolores Carr spoke openly against the proposed sunshine reform at the September 2009 San Jose City Council that, if passed, would have shed some much needed light for the family members of Daniel Pham and the Vietnamese American community's demand for justice and accountability.


Jeff Rosen exemplified the core value of honesty and integrity that is currently lacking in the incumbent Dolores Carr. His lifelong dedication to justice and accountability as a respected and experienced prosecutor is beyond reproach and will provide the strong leadership anchor Santa Clara County need in this time of crisis. Jeff’s fresh approach to openness and transparency in government, his strong commitment to diversity and his willingness to address controversial issues head-on with the community without Press liaison is the answer VietvotersPAC has been searching for the Vietnamese American Community of Northern California. Jeff Rosen will serve well to restore trust and pride to the District Attorney office."
at May 11, 2010 2 comments: Links to this post