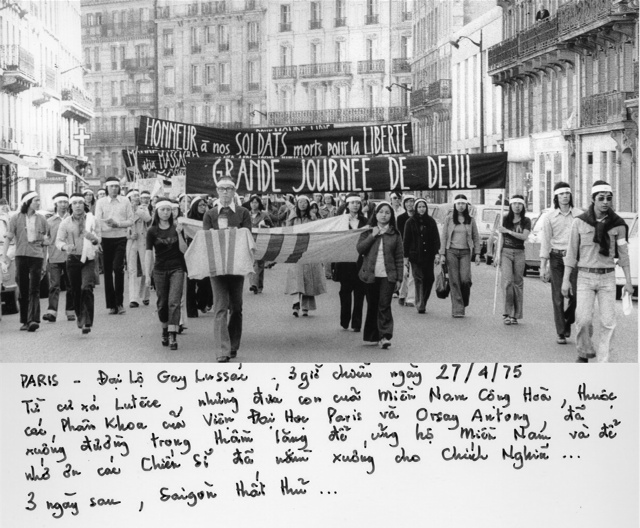 This is probably the first ever public march in the free world to mark the fall of Vietnam to the current communist regime.   The event was staged spontaneously by the Vietnamese foreign students in Paris, France, three days before April 30, 1975.   All students wore the traditional white funeral headbands to symbolize the death of their motherland.

Supposedly somewhere in this picture one could find Tran van Ba.  He was a famous student activist who in 1985 was executed by the communist regime in Vietnam for plotting a coup against the regime.   There are memorial plaques in Paris (13th District) and Liege, Belgium, to commemorate his heroic fight for freedom and democracy.
at May 02, 2012 No comments: Links to this post