Billing as a charity gala,  the organizer is transforming the historic Ferry Building on the San Francisco waterfront into a  culinary experience with the help of two dozen local chefs and vintners.  Expected to be an exciting event as star chefs are rolling up their sleeves to bring favorite street eats from their home country to benefit OneVietnam Network. 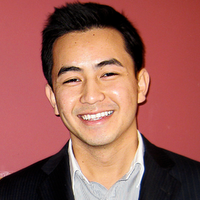 OneVietnam Network is a nonprofit social network designed for Vietnamese all over the world.  Co-founded by James Bao and Uyen Nguyen, the organization received various grants to support its mission.  The largest grant so far came from the Ford Foundation.  Here is an excerpt from its blog announcement a year ago sending out to its supporters
" OneVietnam.org is launching on Monday, July 19. We are a new online network dedicated to connecting Vietnamese communities worldwide. In celebration of our public launch, we will host a release party at Butterfly restaurant in San Francisco on Sunday, July 18. We invite you to come join us in the celebration and help us spread the word.

Unless there are serious legal challenges, the redistricting map will be set for the next 10 years as finalized by The California Citizens Redistricting Commission for  Santa Clara County and Orange County.  At first glance, there are many opportunities for Vietnamese-American candidates to be in a favorable position to run for offices at city, county, congressional and assembly levels.  So at least for now, the general conventional wisdoms are -
Council Office in San Jose and Little Saigon OC
In San Jose,  District 7 will always be a stronghold of Vietnamese-Americans where they make up about 1/3 of the electoral votes.   In 2014, the overall strongest council candidates are Thai Buu and Khoa Nguyen.  They both currently serve as board members of Franklin Mckinley School District.
In District 8 and District 4, the Asian voters are about 35% (District 8) and 40% (District 4), any single Vietnamese-American candidate can have a very good chance of winning the election if they can form a coaltion among the Asian electorates.   In each district, the Vietnamese-American registered voters  make up about 20%  of the total voter registration.
LSI would not be surprised to see Lan Nguyen and Van Le vying for the council seat again in 2016.  They both lost in 2008.  Lan Nguyen and Van Le are currently serving as trustees of East Side Union High School District.  Van Le, as you recall, is part of the Madison Nguyen Recall effort during the naming of Little Saigon controversy.
In Orange County,  Westminster already has the first Vietnamese-American majority council.  Ta Tri Duc will run for mayor in 2012 and he is the strong favorite to win.   Garden Grove has enough Vietnamese-American population to have at least 2 city councilmembers (out of 5).   Andrew Do resigned early this year from his seat and that left Dina Nguyen as the lone Vietnamese-American council member.
Supervisor Office in Santa Clara County and Orange County
The redistricting has made  Orange County 1rst District a favorable seat for Asian-American.    The Hispanic voters were the dominant voting bloc (~39% overall)  but now with the reshuffle, the Asian votes and in particularly the Vietnamese-American votes made strong gains.   There are now  about 4% difference between the two voting blocs instead of 10% previously.  With a typical high turn out to vote by Vietnamese-Americans,  the Hispanic voting bloc will be less influential.  The seat is currently occupied by Janet Nguyen who will be termed out by 2016.   Look out for at least 3 Vietnamese-American candidates vying for the seat.
In Santal Clara County,  District 3, which is now occupied by Dave Cortese, is the district made for an Asian-American candidate.   Dave Cortese won it because of his strong tie with the Vietnamese-American and Chinese-American communities.  He will not term out until 2022.
However, there are rumors that he might put his hat in the ring for the mayoral election in 2014 against potential candidates like Madison Nguyen and Sam Liccardo.  It is too early to tell but Nguyen already hinted her  intention to run when asked by Viet Tribune.  She told Viet Tribune that it is her destiny.  She is talking about setting up her campaign headquarters in the new shopping mall Vietnam Town.
State Assembly in Little Saigon SJ and  Little Saigon OC
In the South Bay, the most promising seat for any Vietnamese-American candidate is the 27th which will be occupied by Nora Campos.  With the redistricting, the newly formed assembly district will have about 15% Vietnamese-American voters since it will cover most of San Jose District 7 and District 8 where the majority of the Vietnamese-Americans reside.   She will be termed out in 2016.
The new 72nd District in Orange County is designed to favor an Asian- American candidate.  Since this will be a contested race in 2012,  LSI will dedicate a whole article to break down the district and the potential candidates.
State Senate In Orange County
State Senator represents an area of covering 1 million residents and so this is a major race for any candidate.   Unlike the assembly district and congressional district which represpen about 500,000 and 750,000 residents respectively,  there are no foreseable  Vietnamese-American candidates that have the ability to raise money or strong enough base to be seriously taken in the Bay Area.
However, in Orange County, this might be a different story.  It is too far out to predict but the cards are there for a first Vietnamese-American to be elected to the State Senate.
Congressional District in Santa Clara County and Orange County

With Van Tran soundly defeated by Loretta Sanchez last year and the reshuffling of the congressional districts in Orange County, it is unfavorable for any Vietnamese-American candidate at the moment.  Sanchez's new district is more Hispanic than ever and it is unlikely that she will be challenged.
However, in the Bay Area, the newly formed 17th District is favorable for a Vietnamese-Amerian candidate.  This is a district that gerrymanders Morgan Hills, most of San Jose District 7 and District 8.  It currently composes about 10% Vietnamese-American registered voters.   Zoe Lofgren is looking to serve this new district as Mike Honda has declared his intention to run for the 19th District.  Lofgren will be serving at least 8 to 10 more years since she will be only 65 years old in 2012.    By that time, the district should be even more heavily dominated by Asian-American voters, in particulary, Vietnamese-Americans.

For the last decade, the demographic has changed dramatically in the Bay Area as well as in Orange County.    In the South Bay, Asian-Americans and Hispanics represent more than 55% of the population.  Thus it is not suprising  to see the political power shifting rapidly toward these ethnic groups in the next 10 years.
at August 28, 2011 2 comments: