Hiep Thi Le, Actress and Restaurateur, Dies of Cancer at 46 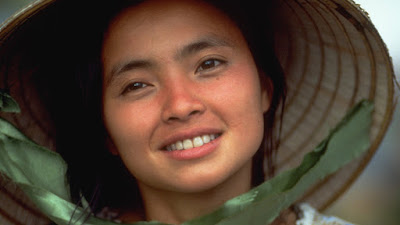 Actress, Hiep thi Le, who starred in Oliver Stone's third movie in his Vietnam war trilogy, passed away three days ago due to complications from stomach cancer.  Le is survived by her husband, two children and six siblings.

She was born in Da Nang in 1971 and came to America as boat people in 1979.  Her family settled in Oakland.  She went to UC Davis with a dream of going to medical school.

As a college student, she went to an open casting call in Northern California.  "...I don't know how I got here ... My cousin heard about these auditions for a movie, and I just went with a friend to see what it was about. They kept calling me back", she explained.

Le was selected out of  16,000 Viet-Americans seen by casting scouts for Oliver Stone's  Heaven & Earth.  She was chosen for the starring role of portraying Le Ly Hayslip.   In the film, she played a woman who ages from 13 to 38, who became an abused housewife, mother and successful businesswoman in the United States.

Following Heaven & Earth, for which she received critical acclaim, Le would have roles in the movies Cruel Intentions and Green Dragon as well as minor acting roles  in television shows.

She also made a career as a chef and restaurateur.   She was the co-owner of  the popular Le Cellier, a French-Vitenamese restaurant in Marina Del Rey, just south of Venice Beach, California.