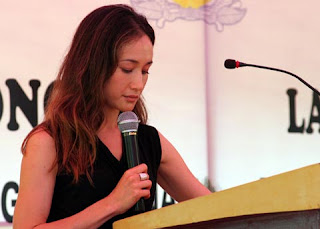 Maggie Q, a hot actress starrring in many well known Hong Kong action movies (Gen Y Cop, The Naked Weapon, Three Kingdoms - Resurrection of the Dragon, etc...), recently visited Vietnam to promote a new bear rescue center in Tam Dao, Vinh Phu. The one acre center is the first in its kind in Vietnam to rescue moon bear and other bear species in Vietnam. She is hoping to change the Asian culture of hunting bear for organs using in traditional Chinese medicine / herbal tonic.
Maggie Q, 30, is an American actress of mixed heritage (her mom is Vietnamese, her dad is Polish-Irish), resides in Southern California and has an aunt living in San Jose. Besides her successful movie career in Hong Kong, she has starred in some of the well known US movies such as Deception, Mission Impossible III, Live Free or Die Hard, Balls of Fury and Around the World in 80 Days.
She is a vegan and a spokewoman for PETA Asian Pacific. 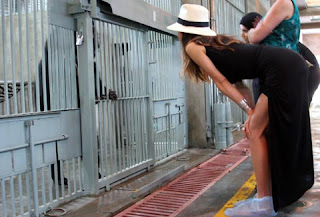 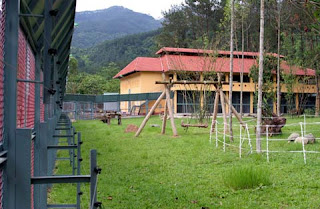