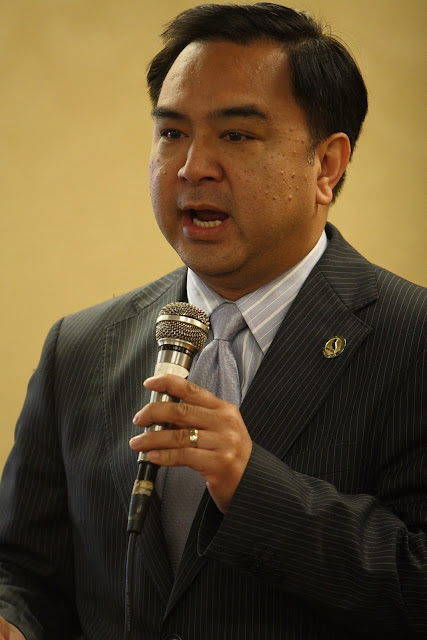 “Tran has already been feted at the National Republican Congressional Committee’s March fundraising dinner as a guest of the committee’s recruitment chairman, Rep. Kevin McCarthy (R-Calif.), and he was encouraged to run by House Minority Leader John Boehner and Minority Whip Eric Cantor. He also made a trip to Washington after last November’s election to meet with officials from the NRCC,” from Politico

Nobody apparently has done their homework.  Van Tran has clearly demonstrated that he is a controversial politician and a Republican embarrassment in Orange County, Sacramento, Washington D.C., and within the Vietnamese American community, the group of voters that will be a determining factor in the primary.

Why can't Van Tran hold a fund raiser in Orange County?  He tried and hardly any Vietnamese-Americans showed up and gave him money.  That is strange for somebody who supposedly the leader of the community, an incumbent with a powerful political machine that is often referred by the OC Register as "The Gang Of Seven".

Meanwhile, Quang Pham is gaining ground in his campaign.  The recent news in Vietnamese-American community mirror what is on the Web - Congressman Hunter wows the crowd at Quang Pham's fundraiser, 2/18/10


And this is despite the fact that in the last few months,  the controversial Van Tran has made many front page headlines......


WEST SACRAMENTO – After long days of representing Orange County residents at the state Capitol, Assemblyman Van Tran returns here, to a gated community where he lives with wife and kids in a 2,658-square-foot house with two fireplaces and a three-car garage. Tran's wife and two young children call this place home. His wife has declared this her principal residence for tax purposes. But this isn't Tran's "home."

The meeting of the local chapter of the California Republican Assembly (CRA) began with an invocation that asked God to insure that "people of good character and faith get elected," but ended three plus hours later with a whiff of scandal. A handful of members wondered aloud:  Had Van Tran, a candidate hoping to win the Republican primary quietly stolen a CRA endorsement from Quang Pham?

Why Should Republicans [Not] Support Van Tran? 2/21/10
http://www.redcounty.com/why-should-republicans-support-van-tran/37080?taxonomy=29

This Van Tran joker keeps spamming me with his election material. Tried to unsubscribe about 10 times, unsubscribe link doesn’t work. Tried the contact form on their website several times, no reply. Tried twittering joinvantran. Tried the Facebook account. Nothing. I don’t even live in the USA. I’m not interested but I cannot get off his email list no matter what I do. I even reported him to the FTC. Hopfeully he’ll get the message and take me off his mailing list sometime soon.

Whether your priority is variety or taste, Vaporfi got you covered.

With vape juices that are produced from food-grade ingredients, their vaping flavors are amazingly smooth and consistent.