Spring is in the air  and the Vietnamese-American community is finally settled down to their usual routine after two  fun-filled Tet Festival weekends.   Now their attention is shifting to a highly anticipated race for the vacated state Assembly D27 seat.   With three Vietnamese-American candidates vying for the same seat against three Hispanic and an Indian-American candidates, the race reflects the increasingly ethnic dominant politics in the Bay Area.

According to the Santa Clara County Registrar of Voters, there are about 159,000 registered voters in D27.  The citizen with voting age is about 240,000.  The party affiliation is 46% Democratic, 19% Republican and 31% No Party Reference.

The district encompasses San Jose's eastern and southeastern neighborhood, including downtown.   Basically it covers all of San Jose D8, D7 and D5, most of D3, about half of D2 and a small part of D6.

The three largest voting groups in the district are Hispanic, White and Vietnamese with about 52,000, 45,000 and 24,000 registered voters respectively.   The rest are Filipino, Indian, Chinese, Black and others.

So far, Ash Kalra has raised about $380,000.  Coming in second is Madison Nguyen with about $330,000.  Cong Do has raised about $72,000 and Van Le has about $61,000.    The three Hispanic candidates are having a hard time raising money and  they are not even bother to report their insignificant campaign contributions. 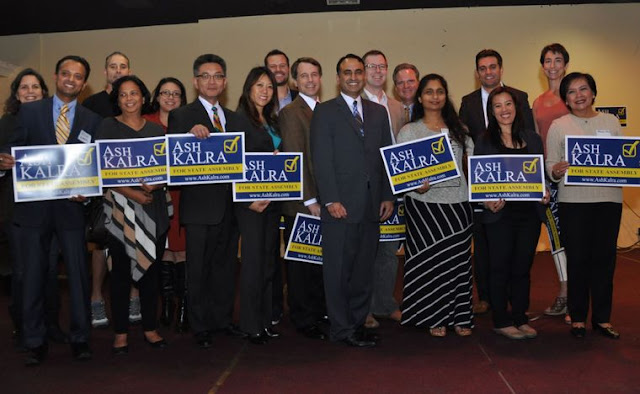 Kalra and Nguyen clearly have the better name recognition and the campaign bandwidth.  Kalra and Nguyen also have the support of most major political leaders in San Jose.   And the PAC money from Labor Unions is with Kalra and Chamber of Commerce is with Nguyen.  They are the favorites to be in the runoff. 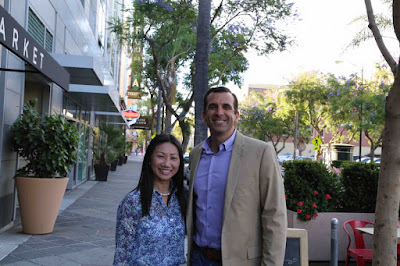 The Viet vote is concentrated mostly in San Jose D7 and D8.    By extrapolating the D7 and D8 city council election results in 2014 and 2012 respectively, there will likely be around 13,000 - 14,000 Viet votes in the D27 primary and about 5%  more in the general election.   With the overall turnout typically lower in the primary vs. the general election, the Viet vote is significantly higher percentage wise in the primary.   Thus, whoever wins the Viet vote will have a better chance to be in the runoff.

The lone Republican candidate in the race is Van Le.  She lost in her two previous bids for City Council seat in D8 and D7.  She is hoping that  people will likely vote along party line in the primary and she will miraculously sneak in.   Certainly with 19% Republican in the district, anything could happen in a 6-person race.

The Hispanic turnout is always very low in the primary and with three Hispanic candidates running, it is a difficult race for them.  So far, they cannot raise money and have trouble mobilized their base for support. The leading Hispanic candidate, Darcie Green, is saddled with controversy and has raised about $20,000.

Thus once again, the Vietnamese-American community will have a chance to play a significant role in the Bay Area politics.