The "Godfather" Manh Nguyen, His Grand Scheme and Jimmy Nguyen 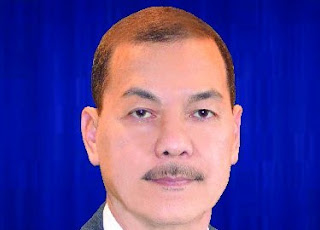 Various people in the Vietnamese-American community are referring the recently elected Councilmember Manh Nguyen as "Godfather".   Manh Nguyen is well known in the community as a very calculated person and could be a ruthless businessman but  LSI is not sure if the moniker really fits. However, some members of the community are pointing him out for his grand scheme of wanting to be a king maker and populate the San Jose City Council with many Vietnamese-American elected officials as he could.   His latest bid is to encourage and throw his support behind Jimmy Nguyen to run for D8 council seat.  His handler, Bryan Do, is serving as the puppet master.

Jimmy Nguyen is a mysterious fellow. He received his law degree in an obscure law school in Southern California.   After graduated from law school, he worked as a Vietnamese translator for the county and was never seen in the community.  So it was a surprise that he decided to run against the Vice Mayor Rose Herrera in 2012.  He was trounced by her despite the huge support of South Bay Labor and the Vietnamese-American community.   The reason why SBLC and the Vietnamese-American community, i.e., the anti-Madison Nguyen crowd, supported him was that they just could not stand Herrera herself and of course her strong support of Madison Nguyen and Chuck Reed.

The people that gave him the most support financially are now saying that they regret the fact that they had supported him.  One of the most influential community  leaders and was his most ardent supporter then even said publicly that on the voting day, he was praying that Jimmy would lose for he suddenly realized that he had supported a terrible person, a person who only cares about himself and is looking at the council seat as a job opportunity but not as a place to serve the public.

Then there are others that he offended so much in 2012 during the election that he is now asking his consultant to ask them if they could forgive him.  Their responses so far to Bryan Do is why Jimmy Nguyen did not apologize then when he deliberately screwed them.   Why waited 3 years later to apologize?  It is a little bit too late for it shows the lack of sincerity.


In the 2012 general election with heavy turn out, D8 saw a little less than 4,000 Vietnamese-Americans  who cast their ballots.  The total cast ballots were over 32,000 with more than $700,000 spent for the election by both sides (mostly by PACs).