Letter of Concern over U.S.-Vietnam Renegotiation of Repatriation Agreement 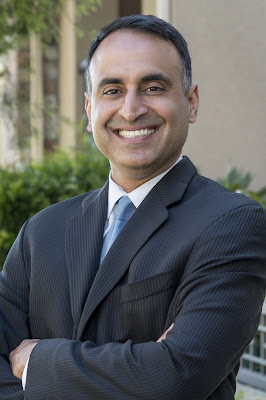 
SACRAMENTO – State Assemblymember Ash Kalra (D-San Jose) joined California Congress members Rep. Zoe Lofgren and Rep. Ro Khanna in signing a letter of concern regarding the potential deportation of Vietnamese refugees following actions by the U.S. Department of Homeland Security (DHS) to renegotiate the terms of a decade-long repatriation agreement between the United States and Vietnam.

“I condemn any renegotiation that turns its back on protecting the Vietnamese refugees who were forced to leave their homes over forty years ago to escape a war and rebuild their lives here in this country,” said Assemblymember Kalra.

“Perpetuating a campaign of deportation shreds the fabric of our communities, hurts American families, and is antithetical to the American spirit.”

Following the Vietnam War, hundreds of thousands of Vietnamese people fled to the United States, many of whom were South Vietnamese and seeking political asylum for supporting the U.S. government during the war. Those families, including young refugee children, resettled in the United States with little support and few resources to cope with the significant trauma associated with the war, loss of family, and loss of homeland.

The letter of concern, authored by two leading organizations advocating for the civil and human rights of Asian Americans and other underserved communities, Asian Americans Advancing Justice and the Southeast Asia Resource Action Center, reads:

…as a result, some [refugees] made mistakes that funneled them into the criminal justice system. Despite these mistakes, the repatriation agreement has given thousands of former Vietnamese refugees a second chance. It has allowed families to stay together and enabled individuals not only to rebuild their lives but also to make a difference in their communities.

In 2008, the U.S. and Vietnam signed a repatriation agreement that explicitly excludes Vietnamese nationals who arrived in the U.S. before July 12, 1995. Furthermore, the agreement ensured consideration of “the humanitarian aspect, family unity and circumstances” for all others, and to carry out repatriation “in an orderly and safe way, and with respect for the individual human dignity of the person repatriated.”

Despite the conditions outlined the agreement, the DHS in 2017 began a mass deportation campaign on immigrants of several countries, including Vietnam, and Vietnamese refugees who came to the United States before 1995 were still being deported this year. Through a series of diplomatic visits and discussions, the DHS has been actively urging the Vietnamese government to broaden the conditions of the treaty by allowing more repatriation of deportees to Vietnam.