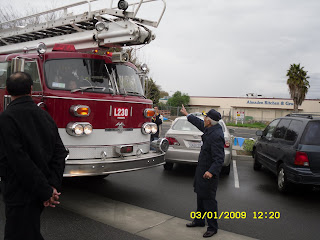 Either it was an act of desperation or brazen intimidation of voters, on Sunday's afternoon, a big red fire truck decorated with "NO RECALL" signs drove right in front of the lawyer Michael Luu's building (deep into the parking lot) and started honking horn. A beefy Caucasian stuck his head out and started shouting racist profanity about Vietnamese women and their men. The crowd was gathering for their final recall rally in the rented hall of the building. 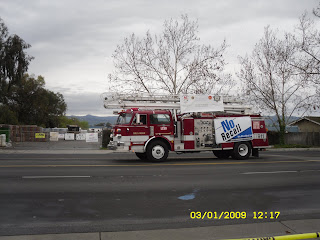 An old man suddenly darted out from the building and stood in front of the fire truck and started yelling back. Other people saw such bravery and started surrounding the truck with their bodies. The driver stepped up the gas trying to run over the old man but a young boy inside the truck yelled out" No daddy!"

People with their camera started taking pictures and the Vietnam Daily press was called. Police came about 10 minutes later. Citation was issued and the beefy Caucasian was white as white could be when he drove away. He was last seen on the cell phone (another violation since it was not hand-free), probably calling their South Bay Labor Union's leader, Cindy Chavez, to report a sucessful job so that Chavez could put on the famous (if you are Labor and Nora Campos fan) or infamous (if you are Reed fan) ranting and raving "San Jose Revealed" blog. 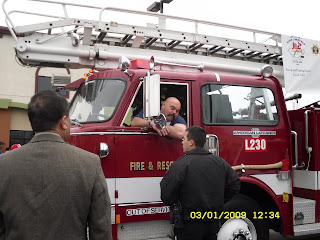 As can be seen in the picture (click to enlarge), he was part of Local Firefighter 230. It was the same truck that drove 10 times around the block on Senter Road the day before honking horn and giving the finger to the recall people volunteering at the recall's headquarters on Senter Road.

The sad part of this episode was the young boy having to witness the ugliness of Labor Union and Madison Nguyen.

The irony here of course is that it was in the same building that the lawyer Michael Luu hosted Hillary Clinton fundraiser and invited an out-of-office Cindy Chavez to the event. It was also in this building that Hillary's campaign had their phone banking operation for Northern California and other parts of the West Coast. It was Michael Luu who raised a boat load of money for Cindy's failed mayoral campaign and gave her the support of the community that she asked for. With a friend like Cindy Chavez who needs enemy. 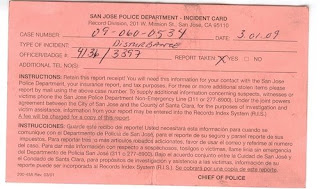