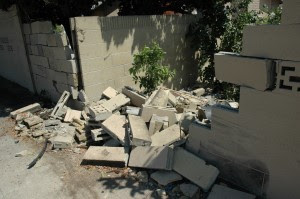 Within the Vietnamese American community, the story is well told as follows -

According to those who were at the West Coast Sea Food Buffet, Van Tran, Andy Quach and Diep "Tyler" Truong were there until 10:00 PM when Quach suggested that they go to Citryst. Quach jokingly enticed them with the line "there would be more pretty girls over at Citryst". Citryst is owned by Amanda Nguyen, a relative of the owner of Pho 54 restaurant.

Van Tran and Andy Quach left Citryst together while Tyler Truong left Citris earlier for he is not much of a drinker.


For the record, the owner of West Coast Sea Food Buffet claimed that Quach and Tran were not drunk when they left his restaurant. If there is an ambulance chasing lawyer out there, Citryst would be the place to start your investigation.

City Councilmber Andy Quach of course is part of the " Trannie" known in the Little Saigon as the "Gang of Seven". He is also a paid fund raiser for State Assembly Van Tran. The last bill to Tran was for $2,000.

So far the Andy Quach DUI incident is being implicated in blogs like Red County, Orange Juice, LiberalOC as a cover up by Van Tran and Andy Quach. The blogs have done a great job of vetting out the story. The OC Register also is piecing the story together as more information is being released by the police department.

We now know that Van Tran was there at the scene and tried to interfere with the investigation to a point that the police threatened to arrest him.

Questions are being asked right now in the community:

1. Who was in the car with Andy Quach when he mowed down the utility pole and plowed his car into a residential wall? Was he alone or somebody else was in the passenger seat? This could be easily determined by looking at the passenger side airbag activation.

2. If Van Tran was with And Quach and left the scene and then came back afterward, this is serious cover up and it shows the lack of judgement by Tran for allowing Andy to drive drunk.

3. Were there any security cameras at the scene that could shed light to the event?


Tran had so far have perfect explanation for everything. In the interview with the OC Register, he claimed that he left West Coast Sea Food at 10 PM and went home to read. At midnight, he responsed to Quach's call. Eventhough he admitted that he could not make sense of what Quach was saying, he managed to arrive to interfere with the investigation.

This contradicts with the story that they were both at Citryst after West Coast Sea Food Buffet.
at August 06, 2009

There are more to meet the eyes. These young punks think once they get to the city positions they are king of the city. This old time politic (20's, 30's, 40's during the prohibition time) being recycled again by a bunch of ignorance viet fools.