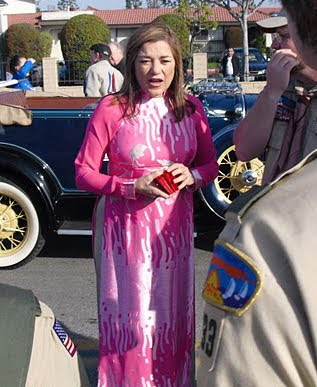 Incumbent US Congresswoman Loretta Sanchez is clearly in a tough election against termed-out State Assemblyman Van Tran for the CD47 this coming November.  Despite having a sizable advantage on campaign money over Van ($1.3 million vs. $280,000), Sanchez so far has not focused and lacks any clear strategy against a masterful campaigner like Van Tran.

Van Tran has been hitting her hard within the Vietnamese-American community with negative campaign every night on his own radio station.   There are about 12,000 to 14,000 likely Vietnamese-American voters.  This will represent about 10% to 15% of the total votes depending on the turn-out.  Sanchez needs to capture at least 40% of the votes  in order to be competitive against Van Tran considering a very anti-incumbent climate.   She cannot rely on her Hispanic voters for they are unreliable.  The independent voters are likely to favor Van Tran.

What is her next step to garner some of the Vietnamese-American votes?  The rumor is that she will get the visa to visit Vietnam and make some noises about human rights.  She is asking the White House to lean on the Vietnamese government to grant her the visa.  Right now the communist government refuses to allow her into Vietnam.

Current conventional wisdom - Despite the fact that this is a Democratic district, the high turn-out from independent voters and Vietnamese-Americans for Van Tran will make Loretta very vulnerable.
at July 21, 2010

Vietnamese-American photojournalist Nick Ut received the National Medal of Arts from President Donald Trump this week for his work during ... 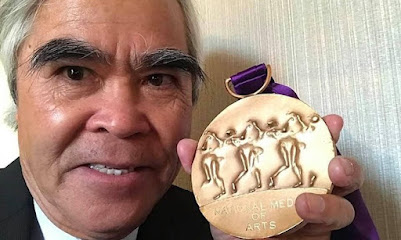