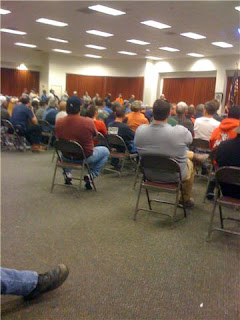 The absentee number as being pulled from the Santa Clara County Registrar office shows:

7,320 ballots received since Friday. A very large majority came from Vietnamese-Americans and the rest are from the mixture of Whites, Hispanics and others.

LSI will pull two sets of numbers this week to keep the public update.

Rumor has it that an official poll conducted by Labor showed a 20% separation between the two camps. LSI doubt it if there is such huge spread. It will be close race with about 10,000 - 10,500 votes total.

Whatever the case may be, the recall team is working very hard since they are behind in the eight ball in regards to money, manpower and mainstream media. It is David and Goliath. With such huge advantage, the conventional wisdom is Nguyen will win. Labor has mobilized their massive force from all over the Bay Area for the last 4 weeks to overwhelm the community of District 7